10 April 2020 - Published by Niels Kinneging
The Jomopans project was presented at the Ocean Sciences Meeting in San Diego, California. After earlier meetings with people from the USA that work on underwater acoustics we have decided to present the project at a major meeting across the Atlantic. The meeting offered also a good opportunity to meet colleagues from American universities and institutions. 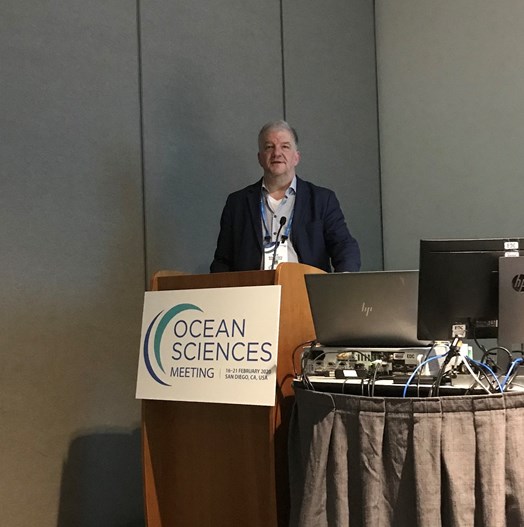 The Ocean Sciences Meeting is the largest scientific meeting dedicated to ocean sciences. It is held every 2 years and was now in San Diego CA. This year over 6000 people attended. A vast amount of topics is covered.

Most relevant for Jomopans were sessions on sound scaping, behaviour of sea animals and Ocean Observatories Initiative. Jomopans was presented in the sound scaping session and raised interest there. Jomopans differs from other presentations (and posters) in that it was the only topic directly concerning mapping anthropogenic noise, while the others focus on sound from marine animals. Also different from the other presentations is the large scale, that can be reached by using acoustic propagation modelling. Most efforts involve small scale measurements or Passive Acoustic Monitoring (PAM), measurements only.

Also special discussions were held with NOAA, IQOE and organisations represented at the exhibition. The Scripps Institution on Oceanography from San Diego was very well represented. They operate PAM networks in various places. 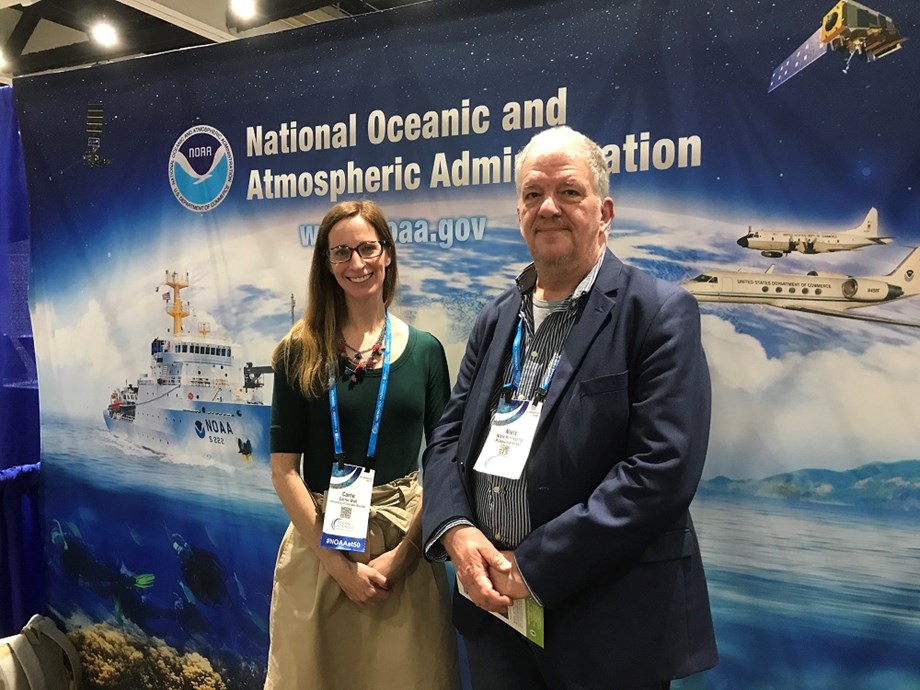