Shipping is the main source of additional underwater noise in the North Sea, and in some places there is up to 30 dB more noise. This has now been properly mapped out for the first time by the EU project JOMOPANS, in which countries along the North Sea are looking together at the impact of noise at sea.

Underwater noise is a relatively new topic in the marine environmental policy. In recent decades the amount of human activities at sea, like shipping and offshore wind, has increased enormously and underwater noise is a by-product of most activities. Sea animals, like seals, porpoises and cod, need sound to find food and to communicate with each other. Human-caused underwater noise is therefore a threat to those species. For this reason, human-caused underwater noise has been classified by international organisations as the United Nations and the European Union as a pollutant of the marine environment.
Recently, the EU project JOMOPANS depicted the amount of noise underwater. This is an important starting point for further research into the consequences of this on marine animals, among other things.

“Through a close international collaboration we have made the first maps of underwater noise on the North Sea. This makes me very proud”,

Now the first maps of shipping noise are available. These maps confirm and quantify that underwater sound at the North Sea is dominated by shipping noise.

Figure 1 shows the sound levels from natural sources, of which wind is the major source. The level of sound is relatively constant over the North Sea with a level of 100 dB. 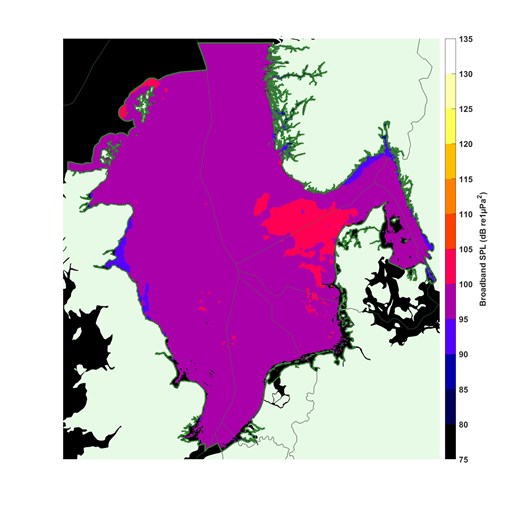 Figure 2 is a map of the total underwater sound levels, both ship and natural sound. These levels range from 105 dB to 130 dB and are significantly higher than natural noise levels. Especially the southern part of the North Sea towards the Channel shows high levels. 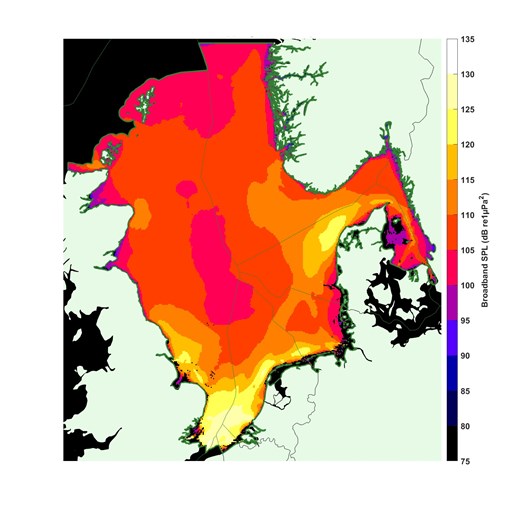 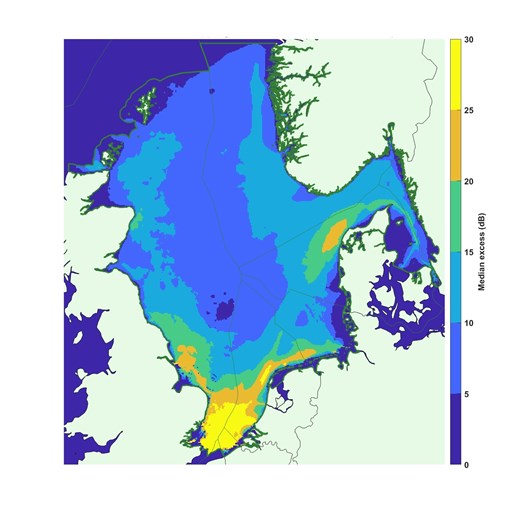 Figure 3: Excess level, the difference between the total noise level and the undisturbed levels.

The numerical modelling of the noise levels was validated by long-term measurements. The underwater noise was measured at 15 locations across the North Sea for a year.

These results are the first step to evaluate the size of the effect of underwater noise on marine life. They show the influence of human-caused noise compared to the natural environment. Policy makers need this information in combination with animal distribution to assess the state of the environment and to develop effective measures to protect it.

Awareness of underwater noise has been raised by several NGOs, like International Fund for Animal Welfare (IFAW) and World Wide Fund for Nature (WWF). These efforts have stimulated the cooperation of government, knowledge institutes and industry in this area. The Marine Strategy Framework Directive of the European Union was also an important driver for progress.

Examples of activities in policy, research, monitoring and measures are:

Underwater noise monitoring will remain a joint activity of the North Sea countries after the JOMOPANS project is completed in 2021. The focus will be on reduction of underwater noise at the source, like more silent ships and alternative techniques for pile driving and seismic surveys.