10 April 2020 - Published by Niels Kinneging
On 17 and 18 February 2020 the Jomopans team held its sixth consortium meeting in Copenhagen. At these days we received the hospitality of the European Environmental Agency (EEA). Monika Peterlin of the Water and Marine Group of the EEA opened the meeting with a short introduction of the EEA and its role in the EU Marine Strategy Framework Directive. The results of the work done in projects like Jomopans will contribute to the State of the Environment Reports which are published regularly.

In his opening Niels Kinneging presented the successes over the last half year of Jomopans. He especially highlighted:

The leaders of all work packages discussed the progress of them and the crosscutting issues between the WPs.

A major part of the first day was dedicated to look to the topic of underwater noise in the years following Jomopans. Jomopans will lead to an operational monitoring programme for the North Sea. To realise this Jomopans will write an implementation plan, which will be delivered to the Policy Advisory Board (PAB). This PAB represents the policy advisors of all participating countries. 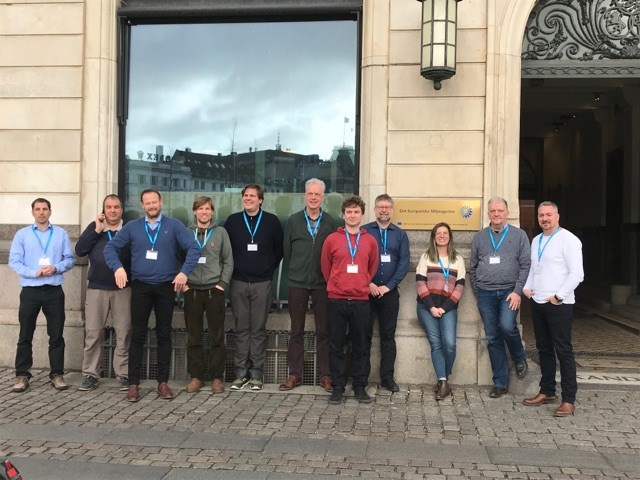 The second day of the consortium meeting was dedicated to in depth discussion on all sorts of technical topics. This day was also attended by Peter Sigray, former project manager of Bias, lecturer at KTH Royal Institute of Technology in Stockholm and co-chair of the TG Noise.

The discussion topics were: