Early in the project, TNO identified a large “quiet” region in the central North Sea, with very little shipping activity. It was suggested that some sound recordings from this location would be useful to give confidence in the models, even if data were not available for the whole of 2019. 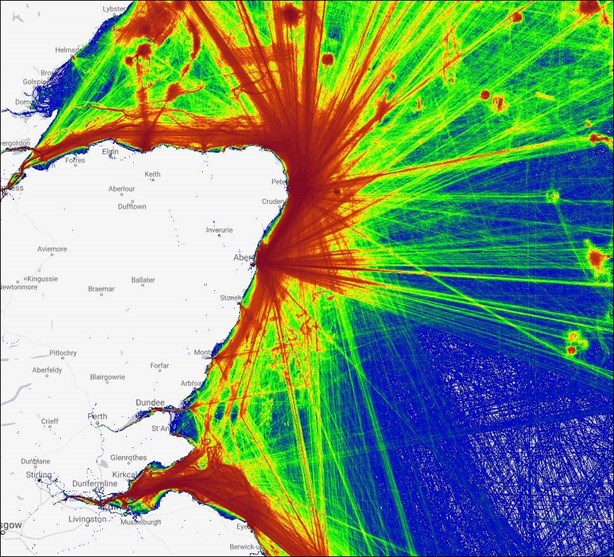 After many months of trying, an opportunity arose to deploy a mooring within the Scottish sector of this region, in late October 2019. A survey on Marine Scotland’s research vessel Scotia was undertaking sediment sampling around the Scottish North Sea, and would be visiting this quiet area. At short notice, some equipment was arranged, tested and set up for deployment, and on 29 October a Wildlife Acoustics SM3M was deployed at the site illustrated below. We hope that this mooring will be recovered during a groundfish survey in late Jan/mid Feb 2020. The data logger will be downloaded in Aberdeen by the end of February. 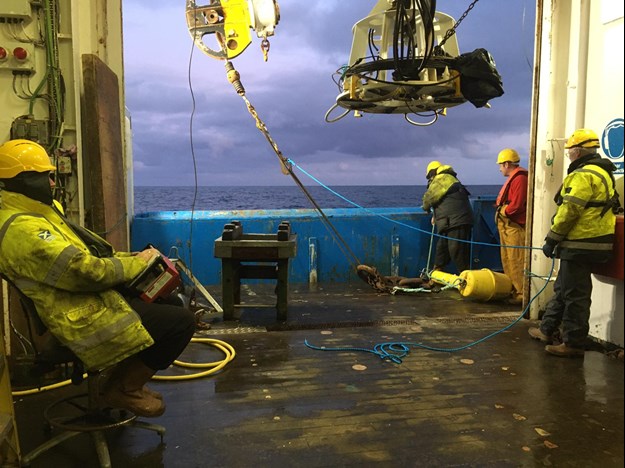