In March 2020 the German project partner BSH tried to recover the acoustic measurement station in the central North Sea which was installed there 6 months before, approx. 160 miles offshore. Unfortunately the measuring device could not be found on site. This was a major disappointment as half a year of important data recording seemed to be lost. Then about one month later good news arrived: The measuring device was found on the beach of a small island on the coast of Sweden!

Next step would be to quickly transport the device back to Germany, check the recorded data and process it to be further utilized in the project. But due to the COVID19 travel restrictions it was not possible to realize this promptly. After three months of waiting and several fruitless efforts to get the device back the travel restrictions were eased. During the vacation of the brother of the person who had found the instrument at the beach the hydrophone finally arrived via sailing boat in Kiel, a german city at the Baltic Sea.

A long story and a long way back for the instrument but with a happy end. Thanks again to the finder and the efforts of his family to bring the device back to us! 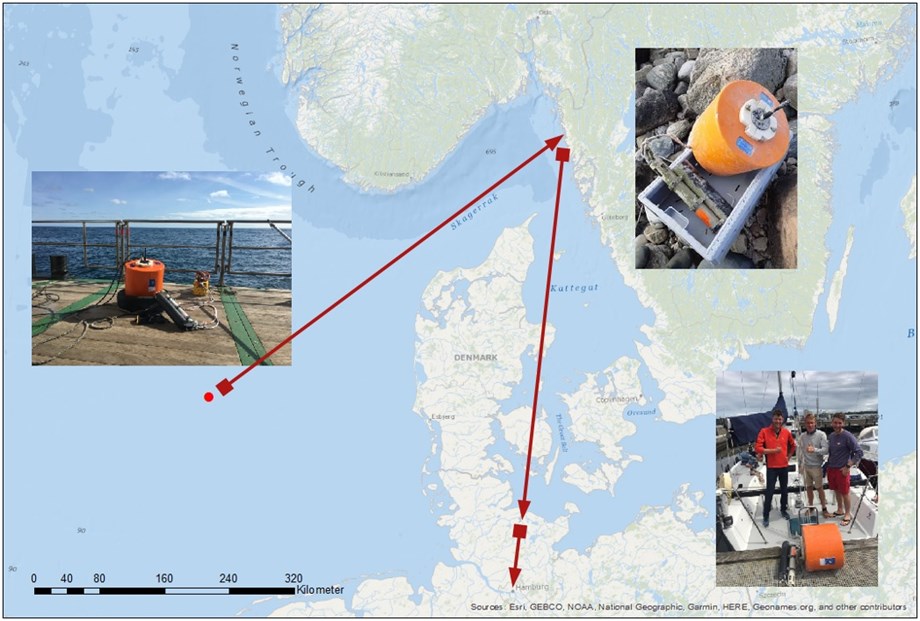