26 July 2019 - Published by Niels Kinneging
Aquatic Noise is the major 3-yearly conference on the effects of noise on aquatic life. It was held from 7 to 12 July 2019 in Scheveningen (The Hague) in The Netherlands. All aspects of underwater noise were discussed in a packed programme with about 75 presentations and more than 100 posters. Jomopans was presented in a presentation by Christ de Jong and a poster by Niels Kinneging, as well mentioned in various other contributions. It was clear that Jomopans is well known in the community and seen as one of the major monitoring projects in the world.

From 7 to 12 July 2019 the three yearly Aquatic Noise conference was held in Scheveningen, the seaside town near The Hague, the Netherlands. The conference followed the succesful event in Budapest (2013) and Dublin (2016).

At the conference most of the people involved in underwater noise and the effects on marine life were present. In total more than 300 people were registered. Amongst them 16 member of the Jomopans team.

The conference offered an excellent opportunity to meet colleagues from all over the world, exchange ideas and learn about the newest developments. The Jomopans project was represented well and is viewed as one of the major developements on large scale monitoring of underwater sound.

The Jomopans team took the opportunity, when all specilists were gathered in one place, to organise two separate side workshops on Saturday 13 July in The Hague. A report of the workshops will be published on the Jomopans website. 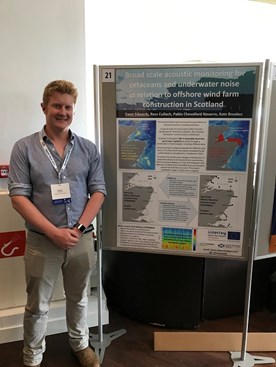 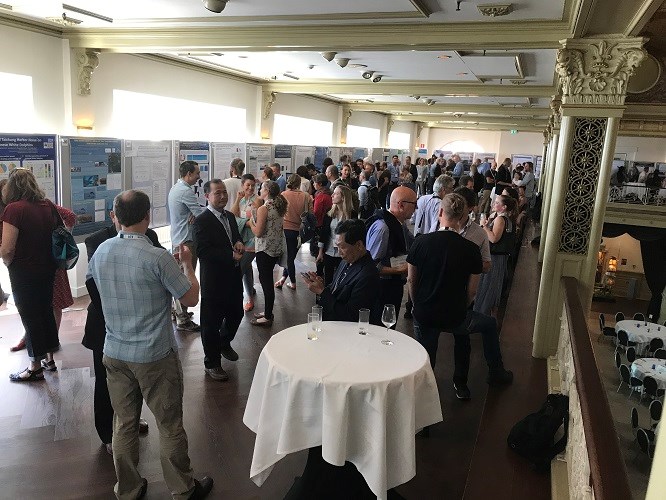 Lots of discussions during the poster session.