On 13 and 14 June 2018 the first meeting of the policy advisory board took place in The Hague. The Policy Advisory Board advises the Jomopans project on the project's course and on the specification of the products to be developed. 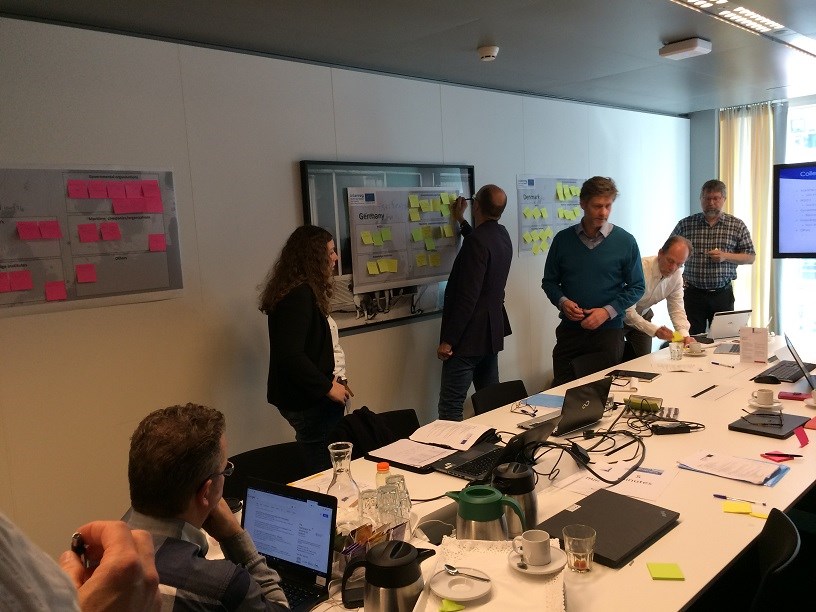 Jomopans will develop a tool for marine managers to be used. These marine managers are represented by the Policy Advisory Board (PAB). They are asked to give advice on the direction of the project and on the specification of the final products.

At the first meetinng of the PAB the Jomopans project and the activities were discussed. Especially a discussion took place on the role of the PAB and the relation to the Jomopans team.

The second day the PAB took part in a stakeholder analysis. A large inventory could be made of many stakeholders in the field of underwater sound. These could be grouped i ngovernmental organisation, industry, knowledge institutes and NGO's. The PAB is asked to play the role of ambassador for the Jomopans project in the participating countries and make connection to the relevant stakeholders.