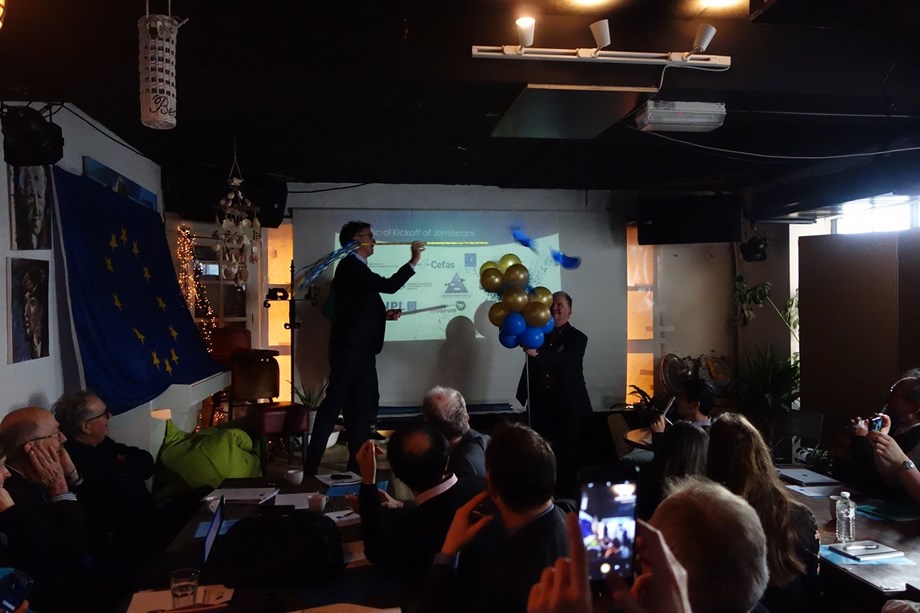 Jomopans project was officially started by Dr. Roeland Allewijn, Director of Security and Water at Rijkswaterstaat, at the kickoff meeting in Amsterdam. Photo (c) Rijkswaterstaat.

In an informal setting on 9 January the project team, management and some policy officers met for the official opening of the Jomopans project and to discuss the general project structure. But most important the team member had lots of opportunity to get to know each other.

The meeting was opened by the project manager Niels Kinneging of Rijkswaterstaat. He outlined the main objectives of the project and how Jomopans will work to achieve the desired results. [ref. to presentation]

The Jomopans project was officially started by Dr. Roeland Allewijn, Director of Security and Water at Rijkswaterstaat. He indicated the contradictory interests on the North Sea. The European Union promotes ‘Blue Growth’ to exploit the economic possibilities of the sea, while preserving a good environmental status. In the case of underwater noise, the Jomopans project will develop the tools to keep these interests in balance. After he emphasized the importance of transnational co-operation he officially started the project by punching a large balloon.

Mark Tasker, retired staff member of JNCC (Joint Nature Conservation Committee) and co-chairman of the EU Technical Group on Noise, gave in a key note speech [ref. presentation], a background story on underwater sound and what activities are taking place to address the impact of sound on marine life at this moment. He has high expectations on the Jomopans project and is anxious for the results. 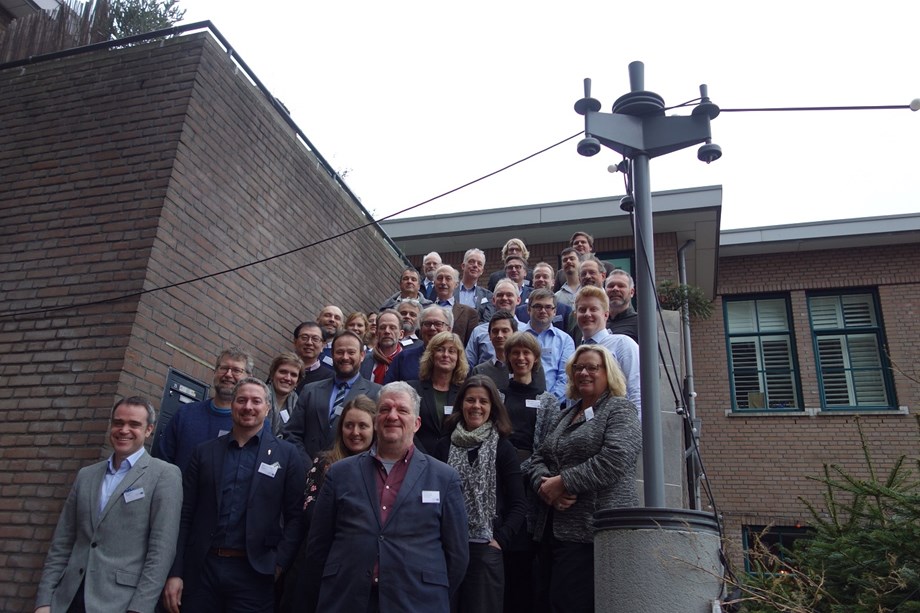 10 January started with an interactive presentation, which was given by Axel Kristiansen and Jenny Thomsen of the Joint Secretariat of Interreg North Sea Region.

Furthermore, during the kickoff meeting, an in depth discussion took place on all the elements of the project. Separate tasks within the work packages were identified and the dependencies were outlined. This is especially important because the internal feedback between the work packages makes the total structure complex. As a result a detailed outline of the project could be made.

These results form a good basis to get the project started.