Why is de Vlaamse Waterweg participating in the project?

We are also acting as a landlord company. As such we are contracting out water bound industrial land to private companies. we strongly believe that the usage of smaller inland waterways will have a positive effect on the transport system in Europe. Therefore, we support the IWTS project, as it will show the North Sea Region how the modal shift from road to water can be made. As contributing to this modal shift is one of the main aims of de Vlaamse Waterweg, this project is very important for us.

Over the years we have developed a broad experience in participating and managing EU co-financed projects. A major project in which we are currently involved is Watertruck +. This is an innovative freight concept for inland shipping, articulated around transport units (barges and pushers) that can be coupled and decoupled in a fast and flexible way. The aim is to connect smaller inland waterways to the TEN-T core network within the context of Connecting Europe Facility.

What is your main role in the project?

Asses waterway developments in UK and SE from the view of a managing authority.

Give feedback on small barge and transhipment innovations from managing authority perspective, including certification issues. 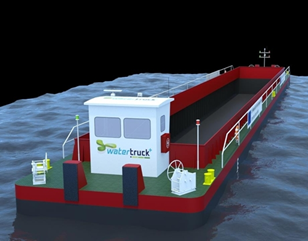 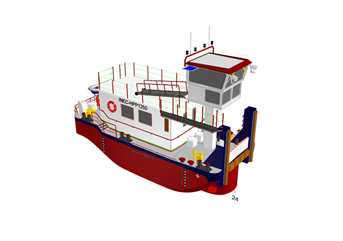