Working to help young carers in The Netherlands

21 November 2017 - Published by Ragni Leifson
Young people caring for family members are a relatively invisible group, but are missing out on both school and a normal social life because of their added responsibilities.

Around 3,5 million Dutch people provides care for a family member. That does not include a significant number of young people under 18 who grow up with a family member who is chronically ill, who has a disability or an addiction. These young carers experience more worries than their peers, and in many cases they are shouldering the responsibilities alone.

The Dutch health care system was overhauled in the 1990s. Where responsibility for everyday care used to be a public concern, the weight has by law been shifted onto informal networks. This means that millions of people are taking care of family members, often in combination with working full-time.

In For Care is made up of ten partners in the North Sea region, working for innovations in informal care and voluntary assistance. On the schedule for the meeting in November were workshops, a visit at the volunteer organisation Humanitas, and meeting informal caregivers. 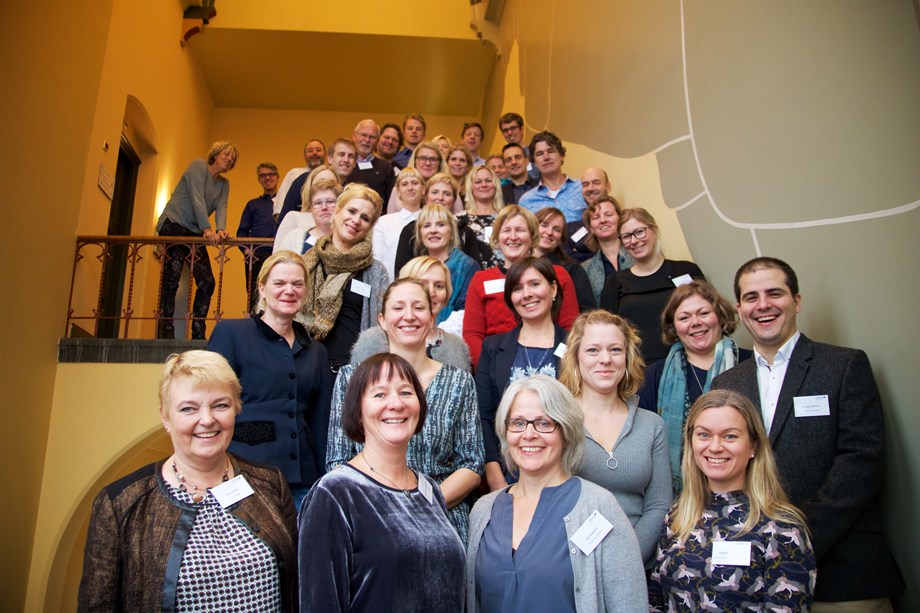 In For Care gathered in Groningen in November 2017.

"A young carer is someone taking care of her family. Often they start as carers at a very young age, and it affects them in a lot of ways. For example, they don’t have time for friends because their mum needs help cooking dinner, or they can’t participate in leisure activities because there is no time", says Diemer.

The young carers also face risks such as dropping out of school, not having time for a social network of their own, and health problems related to stress and depression.

"Of course, a family doctor won't encourage an eight-year-old to be an informal carer, he should be playing with his friends. But in practice that little boy will take care of his mum if she's lying ill in bed", Dijkema-Havinga says.

Because of all this, young carers are in special need of assistance and support. At the same time, they are relatively invisible as a group.

"They don't reach out for help because they don't identify as informal caregivers. When you are 15 you most of all want to be normal", Diemer says.

In September 2017, CMO STAMM and Humanitas organized a co-creation session with 7 young carers aged between 15 and 18. A second one is scheduled for later this year.

The outcomes of the sessions will be used by In For Care to develop a new digital tool to optimize the support of young carers. The tool will be developed by The University of Abertay (another In For Care partner), and in 2018 the tool will be tested in the province of Groningen.