Getting to know your neighbourhood

27 November 2019 - Published by Ragni Leifson
Creating social cohesion in a complex urban neighbourhood in Belgium– one portrait at a time.

The area around Merode Centre in Turnhout, Belgium represents a complex urban situation. Inhabitants include both a large group of immigrants, as well as an elderly native population, some in need of care.

It is crucial for every diversifying society to strengthen informal care and voluntary assistance between and in these groups.

To encourage volunteering and informal care in this area, there is a need for mutual understanding and spaces for informal encounters between these groups. That’s why we set-up ‘t Geburt as a meeting place. This was planned and created together with residents, local businesses, a secondary school, University College Thomas More and Turnhout as a local public authority.

‘t Geburt has several meanings: buurten Is a Flemish word which means:

Fifty portraits of residents in a street in Turnhout were taken by a photografer.To stimulate positive curiosity, people can also read a more in-depth personal story of the resident.

The posters are displayed in the windows of residents and local shops to create visability. People recognize each other in the street.The portraits are also a tool to create social connectedness. An exhibition of the portratis will be organized, and a ‘reward’ will be received of their own portrait to take home.

Every week another portrait is shown on social media with an explaination of ’t Geburt as a community center, and a chance to read the personal story of the person depicted in the portrait. 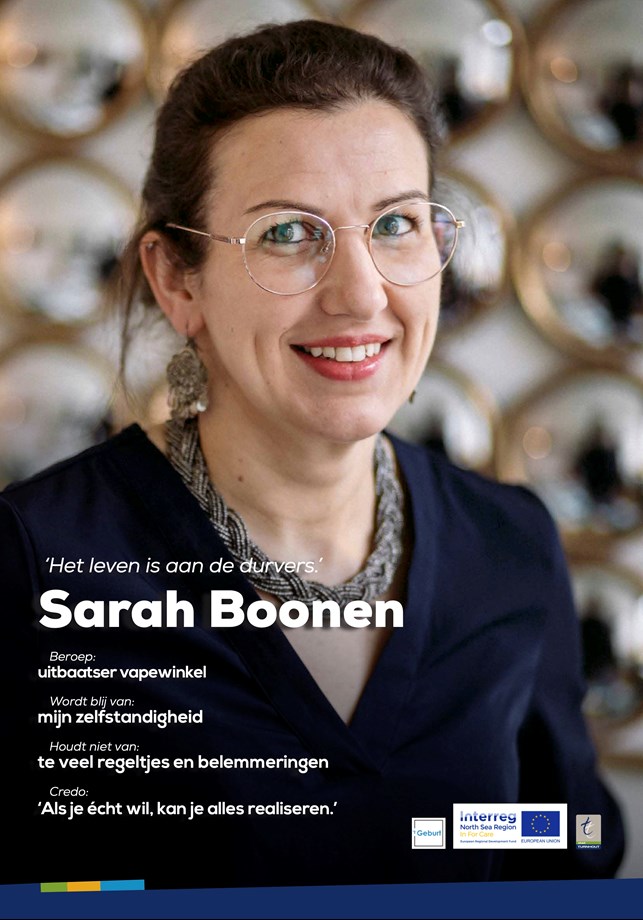 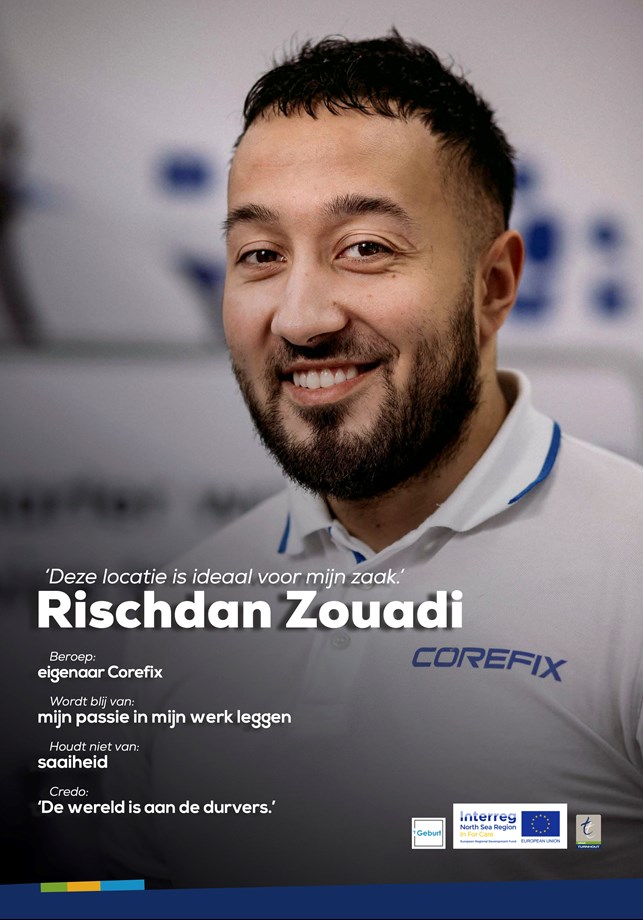 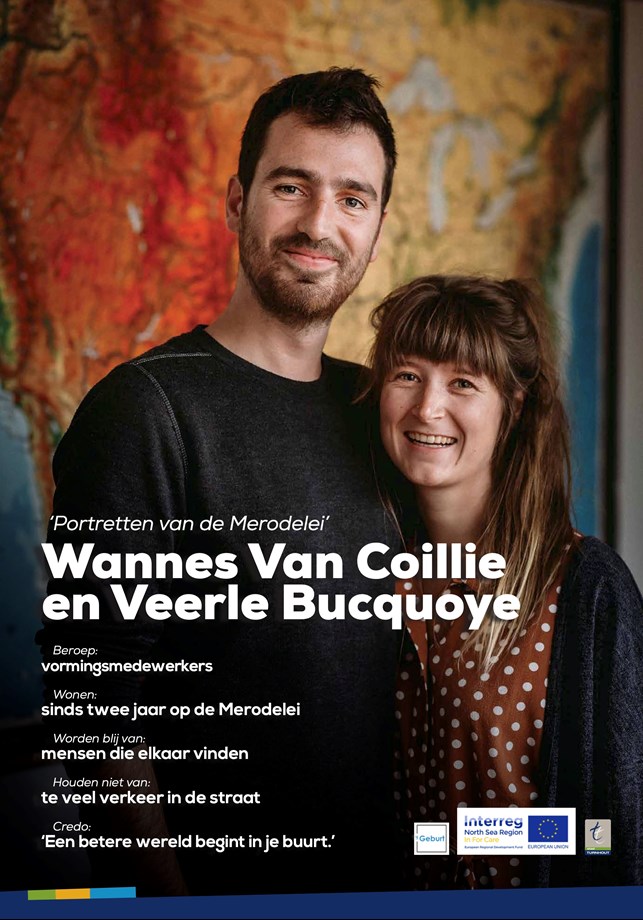 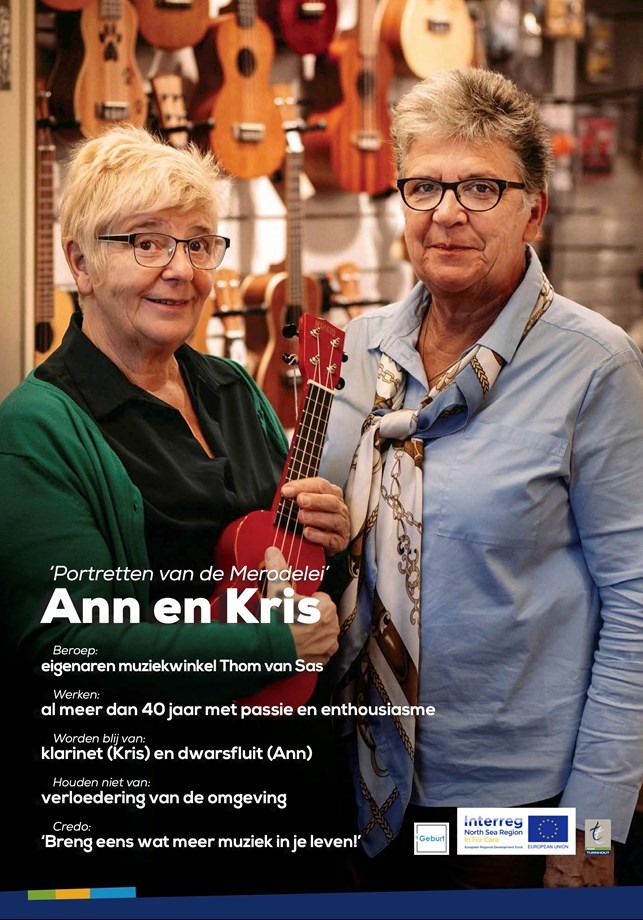