Isefjord is an approx. 35 km. long and 305 km² large threshold, which means that the inner part is considerably deeper than the outer part. The fjord is located in the northwestern part of Zealand and has its outlet in the Kattegat between Hundested of Rørvig. In the southern part of the fjord lies the town of Holbæk. There are cottage areas out to the fjord, where some of the grounds are lower than 2 feet and therefore flooded by heavy storm surges.

The fjord is on average 5-7 meters deep with the largest depth of 17 meters on the west side of Orø. The salt content is between 1.6% and 2.2%. In the hinterland to the Isefjord, several land reclamation projects have been established in the bays, where dams and water from the reclaimed area have been established pumped into the fjord. The largest containment project is Lammefjordens Dige- og Pumpelag, which constitutes an enclosed area of approx. 6000 ha. The dam along the fjord is approx. 2300 meters long with a crown edge of about 3.5 meters above daily water. The reclaimed area is down to 7.5 meters under daily water. The plant is Northern Europe's largest reclaimed area. 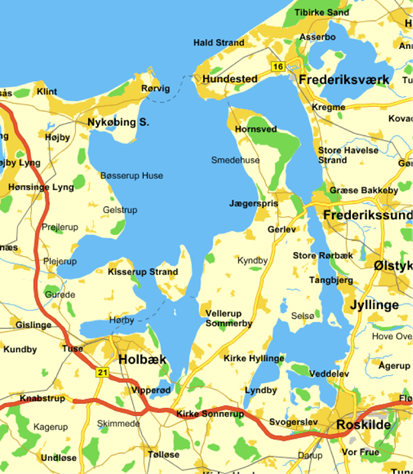 Roskilde fjord
Roskilde Fjord separates Hornsherred and North Zealand. At the south-east coast of the fjord is the town of Roskilde. Frederikssund and Jyllinge are larger showers along the eastern coast in the fjord. Jyllinge Nordmark where Værebro Å runs through the area has been heavily influenced by floods in recent years. Here we find Risø, Denmark's only nuclear power plant, which is now closed, but which now stores the nuclear waste produced through the ages. A garbage stock which is in risk of being flooded.

Roskilde Fjord is a relatively shallow fjord with a depth of approx. 5 meters in most places, but also has some deep holes such as "Hestehullet" northwest of Herslev Harbor, where it is approx. 29 m deep. There are a large number of small undisturbed islands in the fjord, therefore areas are designated as EC bird protection area and EU habitat area. 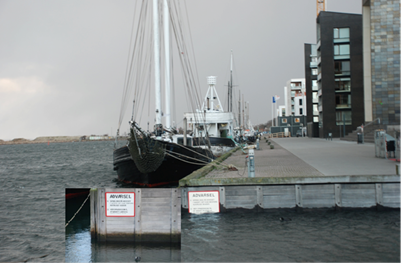 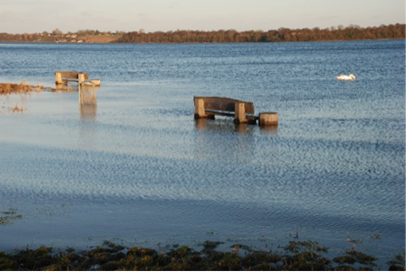 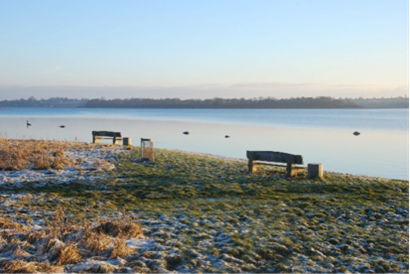 Water level measurement
Danmarks Meteorologiske Institut has a number of water level meters in the fjord. The most recent major flood occurred on 6 December 2013, caused by the storm "Bodil", where the water level in Holbæk harbor was measured at 1.84 and 1.97 in Roskilde in Roskilde Harbor - both measured in DVR90. In early January 2019, there were several minor incidents with water levels of about 1.25 meters above daily water in the fjords. 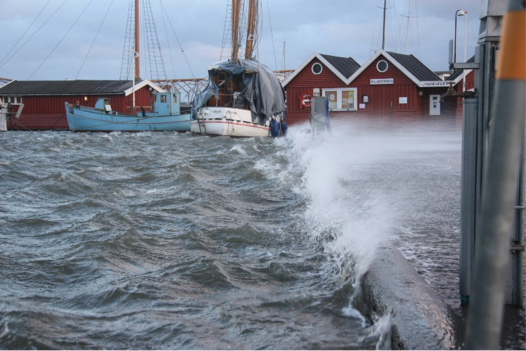