De Vlaamse Waterweg nv will start the excavation of a flood channel on Monday 24 June 2019. The first works on the flood channel are starting faster due to a midge infestation in Wijmeers.

The excavations will take several weeks and will be completed before the construction holiday in July. During a second phase next year, a much bigger flood channel will be added to the managed realignment site of Wijmeers. These works are co-financed by Europe through the INTERREG North-Sea Region Immerse project. 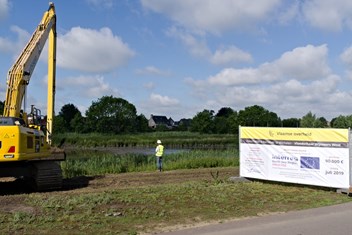 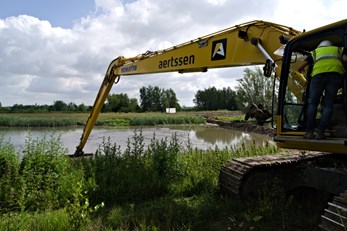