Feeling the Squeeze on the Tees

A tale of industrial development, species and habitat loss and a plan to help the comeback continue.

The Tees has been home to a thriving port since medieval times. The towns of Yarm and then Stockton were used to transport local goods to the rest of the UK. As trade increased, more people were drawn to the area, and, when ironstone was found in the Eston Hills during the 1800‘s, an industrial boom began, with iron works popping up all along the river. As industry grew, more people were drawn to the area for work and the towns of Middlesbrough and Billingham became established.

Figure 1: An overlay of the shape of Teesmouth in the modern day compared to the open Bay that existed prior to huge areas of land reclamation.

With more ironworks around the river, the waste products built up, and the estuary began to be used as a dumping site for slag. As the area prospered, the population increased, and the waste products from industry began to pile up, more and more of the Tees estuary was reclaimed. Industry quickly too advantage of accessibility to shipping and trade on this newly made land, creating more industry and infrastructure for moving goods around on land and by boat. The reclaiming of land and rise in sea levels due to climate change has meant that much of the intertidal habitat around the Tees, which would have stretched for many miles, is now gone.

The steep gradient of slag, concrete walls and other man made structures, leaves very little space for intertidal species to colonise. This lack of intertidal habitat is well known on the Tees and on estuaries around the UK and worldwide. Saltmarsh habitat is scarce around the UK but the Tees is lucky enough to have one of the few patches within the North East of England. The plants that live in this habitat as well as the rest of the intertidal zone, are specialised to a specific band of the intertidal zone.

This is what gives our estuaries and coasts their distinctive nature; as you move towards the water, the species underfoot change, in stripes of colour and character. Mudflat is also a key resource that is lacking on many estuaries. The specialised birds and invertebrates that call this habitat home, rely on these expanses of mud to provide food throughout the year. Teesmouth and Cleveland Coast is designated a Special Protection Area for its coastal and wading bird species, which use the mudflats when they overwinter here in significant numbers.

Figure 3: Intertidal habitat created on the Greenwich Peninsula as part of the Thames Estuary Partnership Project.

Due to the need for more of these key habitats to support wildlife, there is now a push to create more intertidal habitat in many of our estuaries. One example of where this has been achieved is in the Thames Estuary. Here the river banks have had multiple solutions implemented to create steps and more naturalised banks. These include design elements that increase accessibility for fish and include planted native saltmarsh species. 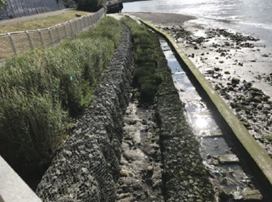 Figure 4: A less successful scheme on the Greenwich Peninsula as part of the Thames Estuary Partnership Project.

The Tees is now hoping to deliver similar results on a smaller budget. Using the findings from the Thames Estuary Project, we hope to implement creative habitat creation methods, repurposing current structures from our industrial past to build new habitat opportunities. 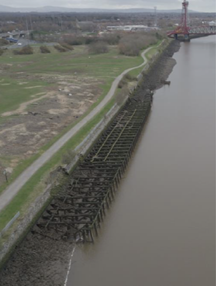 Figure 5: Photograph of the pilot site for intertidal habitat works taken by the University of Hull IECS using a drone.

All along the river, stakeholders from multiple industries and backgrounds have engaged with nature conservation and monitoring. We are hopeful that this project will identify a further opportunity for many of the businesses working on the river to enhance their property for wildlife.