11 August 2020 - Published by Walter Wehus
The pandemic is affecting everything from volunteering to organisations and personal relationships. I2I partners recently sat down for a digital roundtable on how the situation is impacting work on social inclusion.

The COVID-19 situation has led to many changes.

Not surprisingly, the impact has been especially significant on organisations dealing with loneliness and social inclusion.

To learn more about what others are doing, partners in the I2I project met online to compare notes on the challenges they have tackled this spring and summer.

Even though times can feel bleak, there have been several positive outcomes of the crisis. The move towards digital meet-ups has led to more people being able to join. 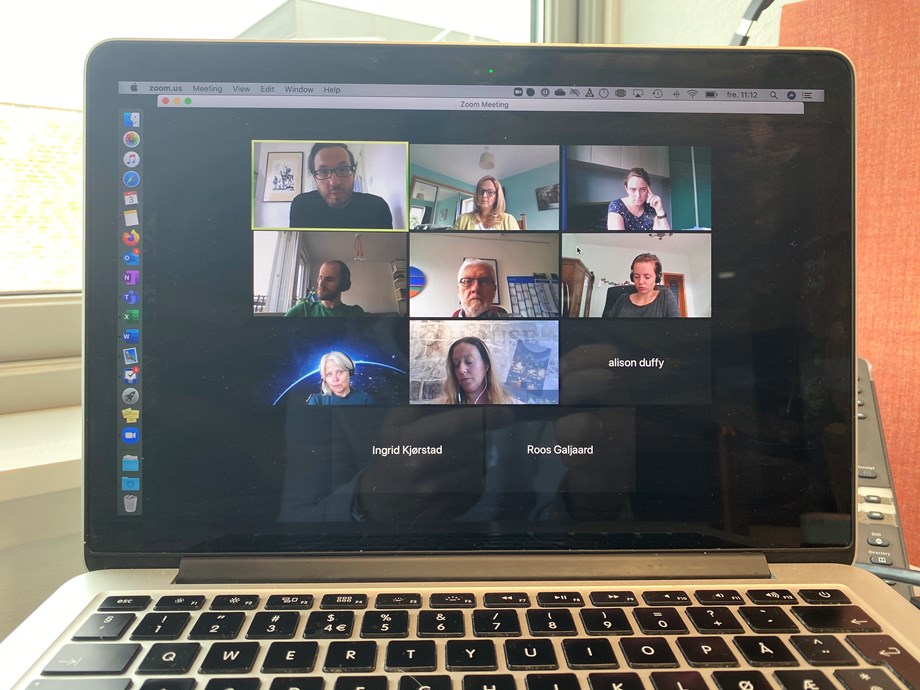 I2I partners have met online for discussions in 2020.

When Dundee Carers Centre in Scotland were not able to conduct meetings face to face any longer, they moved the meetings to a Facebook group. The weekly number of participants rose from around forty to four hundred.

“When moving meetings online, the net is spread wider and more people can join. While you lose face to face interactions, you become more inclusive and get participation from a wider audience”, says researcher Paula Forbes at Abertay University.

Many elderly are also coming to terms with digital tools and learning how to use them in a better way.

The new situation has also made it necessary to make decisions and implementations much faster. When the city of Turnhout in Belgium wanted to make a volunteer platform, it all came together very quickly.

“Normally, it would have taken a long time to do the preparations and secure political approval, but now we were able to organise them in about ten days. We contacted the vulnerable target group by phone and asked them about their health, and we were able to reach 92 per cent of the target group”, says project manager Line van Rossum in OCMW Turnhout.

Turnhout was also able to follow up on the elderly that reported a lack of social contact by putting them in touch with a centre for the elderly.

Rise and fall in volunteers

While all partners see growth in volunteers during the crisis, there are also drawbacks on this front.

“Traditionally, many volunteers are older people, and since they are in a high-risk group, they have had to withdraw. In Norway, we have an increase in short-term volunteerism on Facebook groups. Still, it is difficult to get volunteers to participate on a more permanent basis, says professor Elin Thygesen at the University of Agder.

There are plenty of success stories about working digitally, but there are also limitations. The digital tools used by many municipalities may be lacking in features, and ordinary citizens participating in workshops are often still not used to the mechanics of Zoom meetings.

“I don’t have any easy answers, but hopefully, in the course of this project, we can try new things and learn from each other’s experiments. Perhaps this can make us more honest as well about the outcomes of the old face-to-face workshops we used to do, are there more effective ways of achieving these same outcomes, or exceeding them in more innovative ways”, says Fergus Bisset, service designer in Region Värmland.

For the autumn, many regions are fluctuating between opening up and locking down as the virus flares up. This will be an additional challenge for the project moving forward.

“Our biggest concern is that our target group is also the group that is most at risk. It will be an interesting challenge to get in touch with them, run workshops and do interviews. We will have to think in new ways about how we work”, says Thygesen at the University of Agder.