Visit to HyTrEc2 Partner, Aberdeen, from the Rt Hon Mr Michael Gove, Chancellor of the Duchy of Lancaster and Minister for the Cabinet Office.

30 July 2020 - Published by Rachael Goodfellow
On the 28th July 2020, Chancellor of the Duchy of Lancaster and Minister for the Cabinet Office, Rt Hon Michael Gove MP visited HyTrEc2 Partner Aberdeen to learn about the regional push for hydrogen

HyTrEc2’s vehicles were pride of place during the Ministerial visit to the Granite City. The role that HyTrEc2 is playing in the City means that Aberdeen remains at the forefront of hydrogen vehicle deployment in Scotland, with one of the most diverse fleets in Europe. The City boasts the world first's dual-fuel road sweeper and innovative range-extender electric vehicles like the Nissan eNV-200, as well as a selection of other fuel-cell-vehicles. 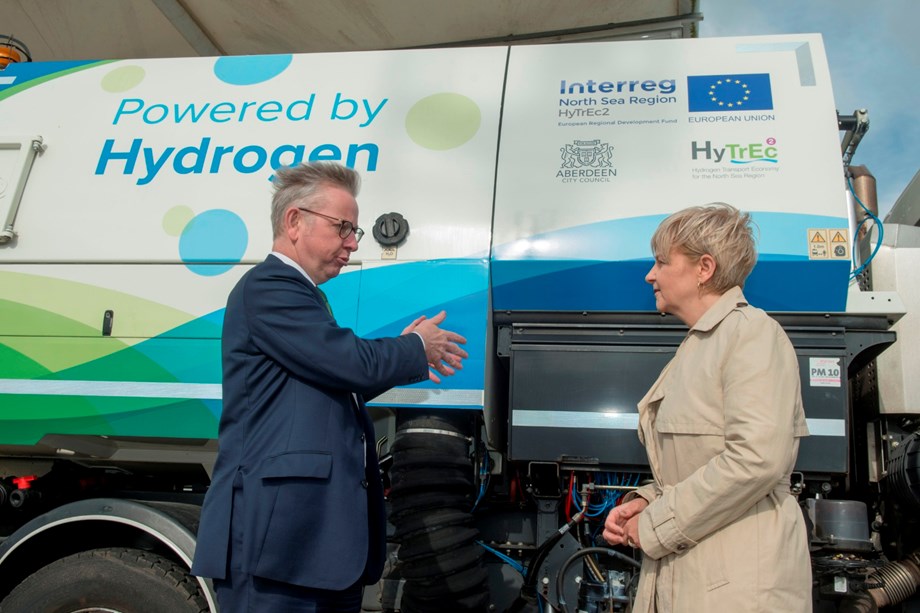 The Minister got a chance to refuel some of this impressive fleet during his visit.  Mr Gove filled the tanks of the new HyTrEc2 dual-fuel road sweeper and the HyTrEc2 Co-wheels Car Club Toyota Mirais with green hydrogen. It was apparent that Mr. Gove was thoroughly impressed by the refuelling speed of both the 350 and 700 bar pumps at Kittybrewster, Europe’s busiest Hydrogen Refuelling Station. The Cabinet Minister received a tour from BOC Operations Manager for Production and Transport in Aberdeen, Findlay MacNeill. Mr Gove was clearly very interested in the station and the potential of hydrogen, as he asked many informed questions about the operation of the station and new FCH JU JIVE buses, which are set to be deployed in the City towards the end of this year. 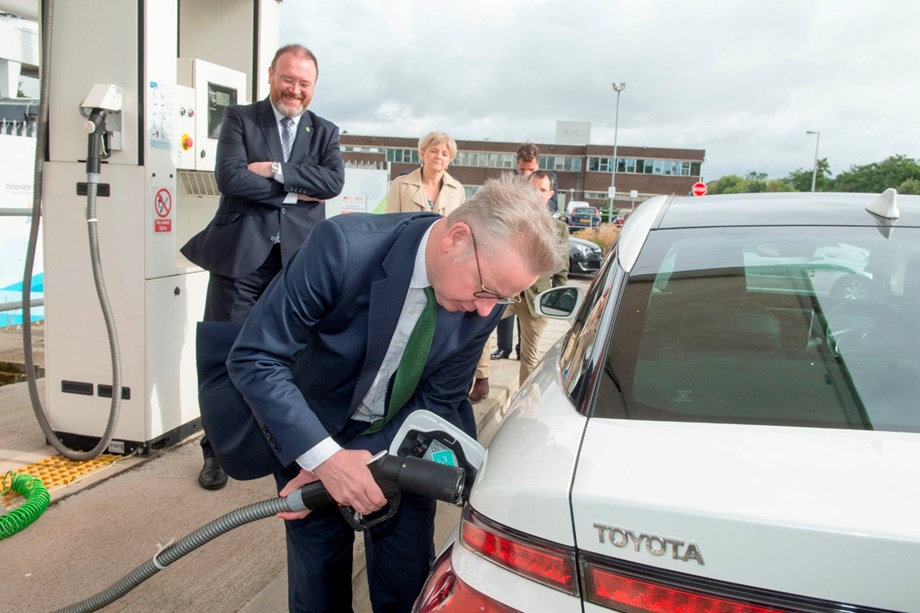 Aberdeen’s ever-expanding fleet of hydrogen vehicles necessitates a large supply of hydrogen, this was a key feature of the presentation and dialog that took place about the hydrogen future of the region. The presentation and conversation largely focused on HyTrEc2’s work: the business case to establish a large-scale source of renewable hydrogen for the City. The green hydrogen business case has generated a great deal of interest and the ‘hydrogen hub’ concept is continuing to evolve, an article on the hub will be coming soon!

Chancellor of the Duchy of Lancaster and Minister for the Cabinet Office, the Rt Hon Michael Gove MP, later said:

"It was fantastic to witness first-hand the potential for hydrogen to transform both how we use travel, and the economy of the North East of Scotland”.

“As we move away from a reliance on oil and gas towards renewable sources of energy, it is this spirit of innovation that will cement Aberdeen's status as an energy capital for decades to come, and the UK Government stands ready to support.”

The event was picked up by other media outlets: