OGUK is a not-for-profit organisation with over 400 members companies comprising super majors and independent producers to large contractor businesses and SMEs. The theme of the conference for 2019 was ‘Industry in Transition’ which follows on from the new Oil and Gas UK strategy document ‘Vision to 2035’ where it is recognised oil and gas companies will need to adapt for climate change and renewable technology. 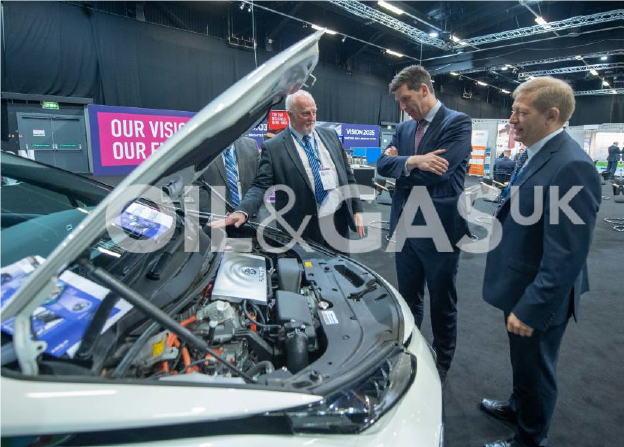 On the last day of the conference we were also introduced to Lord Duncan of Springbank who was appointed as Parliamentary Under Secretary of State in the Scotland Office in June 2017. https://www.gov.uk/government/news/uk-government-minister-reiterates-importance-of-oil-and-gas-sector The introduction to Lord Duncan was an excellent opportunity to promote hydrogen vehicles and technology and the role they can play in our transport sector in reducing carbon emissions and improving air quality, as well as its growing importance to our economy. 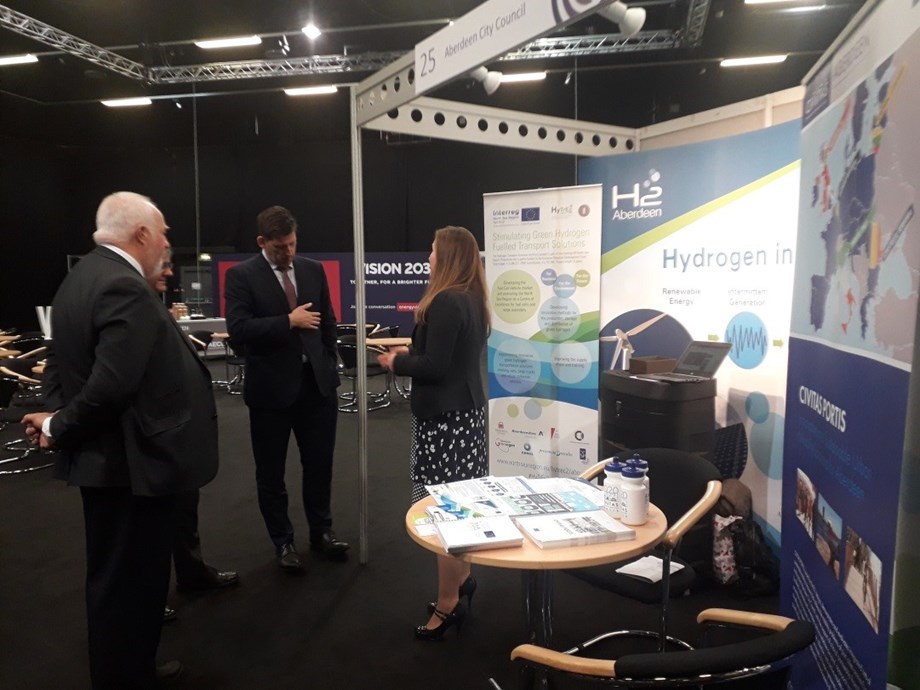 Picture: Lord Duncan speaking to HyTrEc2 Project Manager Louise Napier as she explains about hydrogen and its role in the UK and across the North Sea Region 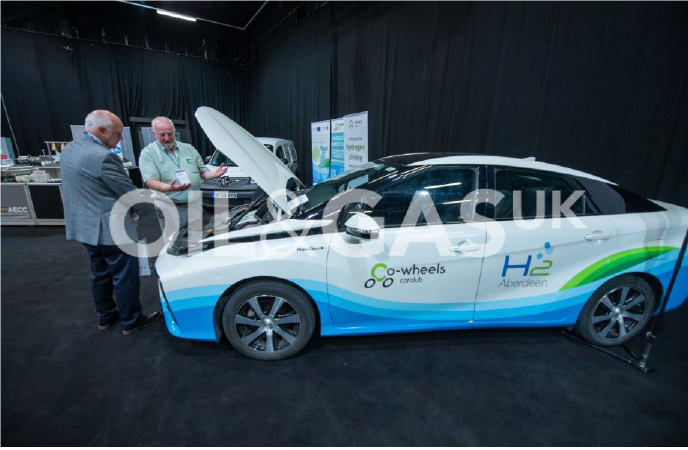