The Province of Drenthe's hydrogen journey takes to the skies

The Province of Drenthe is “taking off” in the realm of hydrogen innovations, namely through the retrofit of a diesel Ground Power Unit (GPU) to a Hydrogen-fuelled GPU (H-GPU) at the local airport. The project started in the first half of 2022 and will continue until year end.

An aircraft GPU supplies electrical power to the aircraft from ground when its jet engines are turned off, so long as the aircraft is parked. During this first week of June, the research scope has been assigned as well – with a strong focus on H2 technology and performance – and the implementation of the prototype project is currently ongoing. The implementation of the H-GPU is a joint undertaking of Holthausen Clean Energy, Groningen Airport Eelde and the Province of Drenthe.

On the 2nd of June, KLM Equipment Services B.V. officially handed over one of its diesel Ground Power Units to Groningen Airport Eelde. From here, Holthausen Clean Technology will convert the Ground Power Unit to hydrogen in collaboration with the Rijksuniversiteit Groningen within the Interreg North Sea Region HyTrEc2 project of the Provincie Drenthe. The handover was attended by Aldwin Oechies of Holthausen Clean Technology, Pascal Kolk of KLM Equipment Services B.V. and Marike Hoekstra of Provincie Drenthe. 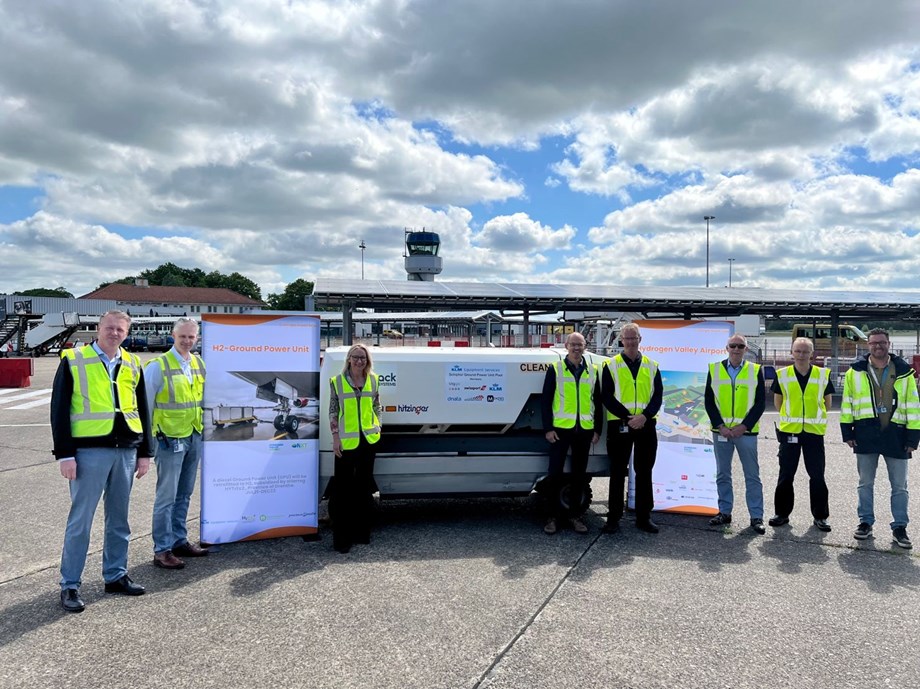 The current GPU is a mobile unit providing 28 DC power to the aircraft, and thanks to HyTrEc2 and other innovative hydrogen initiatives in Drenthe and nearby municipalities, the ground power unit running on diesel will soon be transformed into Hydrogen-electric power engine.

Throughout the implementation and realisation of the project, reporting will be undertaken to address and mitigate risks and monitor progress. The target completion of the H-GPU is at year end of 2022. The analyses and reports to be published by April 2023.

The development of the H-GPU, the research – looking at learnings, replicability, limitations, maintenance/cost – and any exiting spin-off (i.e., capacity building) will be documented in small “vignettes”.  Additional synergies with educational programmes, such as “Waterstof Werkt” of Groningen/New Energy Coalition, will further build capacity of the pilot project and HyTrEc2 as a whole. Currently, the province finds themselves at the start of this pioneering new project and are excited to tell this story of innovation and collaboration along their hydrogen journey. 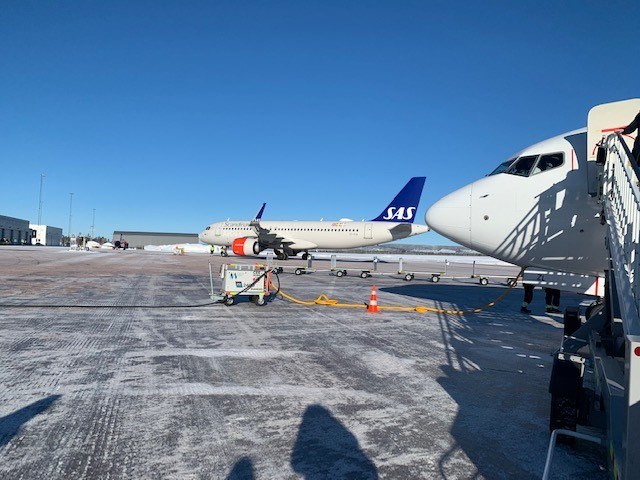