Hydrogen vehicles play a central role in the North Sea Region's energy transition, as they allow for a larger range than electric battery vehicles, which is crucial in more rural regions. At the same time, the current job market requires upskilling. This is the only way to ensure the future labour force is equipped with the skills and competences to operate such hydrogen vehicle fleets and other hydrogen-related technologies.

Therefore, the HyTrEc2 project in collaboration with the Erasmus+ HySkills project and North East Scotland College (NESCol) hosted a two-day hydrogen transport training event, "Road to Decarbonisation: H2 Skills to Accelerate the Transition to Net Zero" at the NESCol Altens Campus and Cove Hydrogen Refuelling Station, Aberdeen. The intention of the event and corresponding site visit was to disseminate and pilot the HyTrEc2 training modules to both students at the college as well as industry. 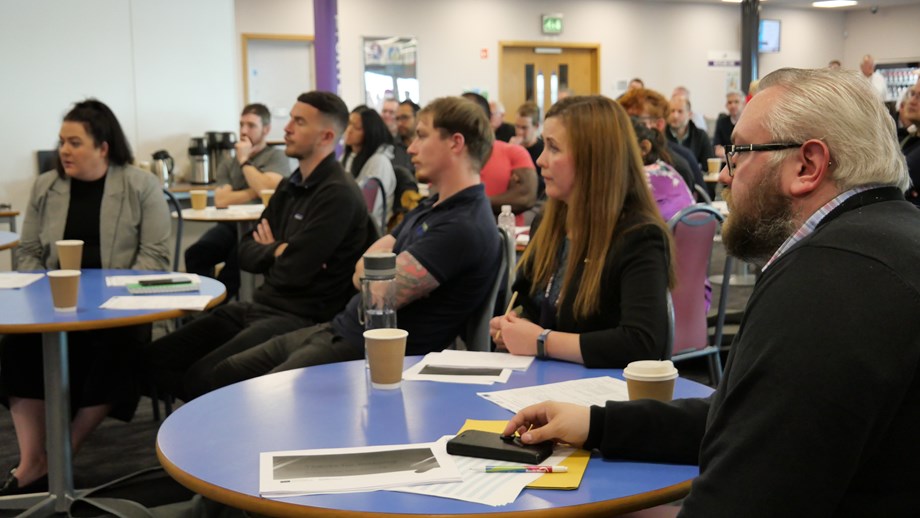 Over 120 students and staff from NESCol, Robert Gordon University (RGU) and the University of Aberdeen, representatives from local authorities, the motor trade, haulage industry and hydrogen sector, etc. were present. 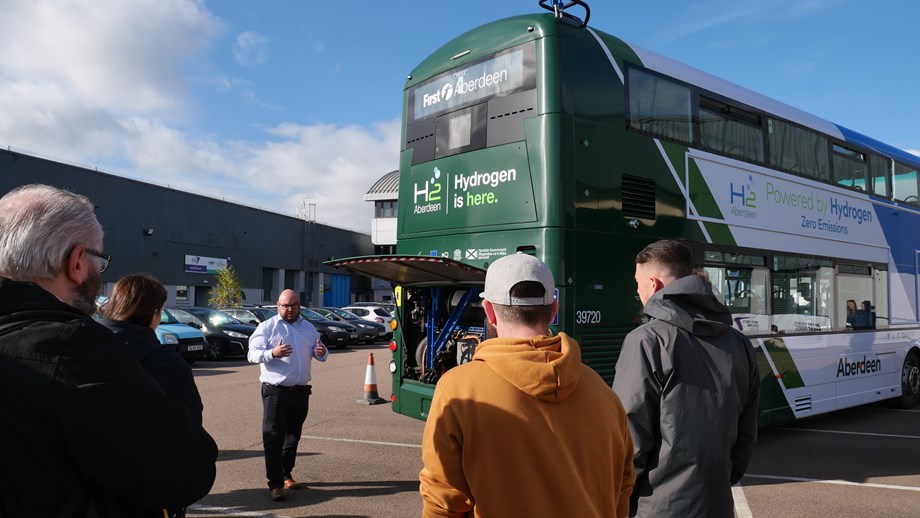 The HyTrEc2 training modules developed within the project and aimed at supporting the current workforce in gaining the required skills in the field of hydrogen/hydrogen transport, include: Introduction to Hydrogen Safety/Handling, Hydrogen Storage, Applications of Hydrogen as well as a current training on offer at NESCol for electric vehicles.

The modules have the potential to be disseminated across other countries in the North Sea Region, demonstrating the transnationality and scalability of this significant Interreg North Sea Region HyTrEc2 project result.