Firefighters based in Aberdeen had an invaluable day of learning at Kittybrewster Hydrogen Refuelling Station. The visit, with HyTrEc2 partner Aberdeen City Council, included crews from Central and North Anderson Drive fire stations. The Scottish Fire and Rescue Service staff were given the full tour of the facility, which opened in 2015 and has consistently been the busiest public hydrogen refuelling site in the whole of Europe.

"It was a really informative day and some of crew members were thrilled to get the chance to drive a hydrogen car, as well as learn about the technology. Finding low carbon solutions is really important to SFRS, as part of our drive to become carbon neutral by 2045, and there are now more than a hundred electric vehicles as part of the Service's light fleet. SFRS is currently reviewing all of the options and technical solutions for the introduction of a low carbon fire appliance, which may include hydrogen as an option in the future." 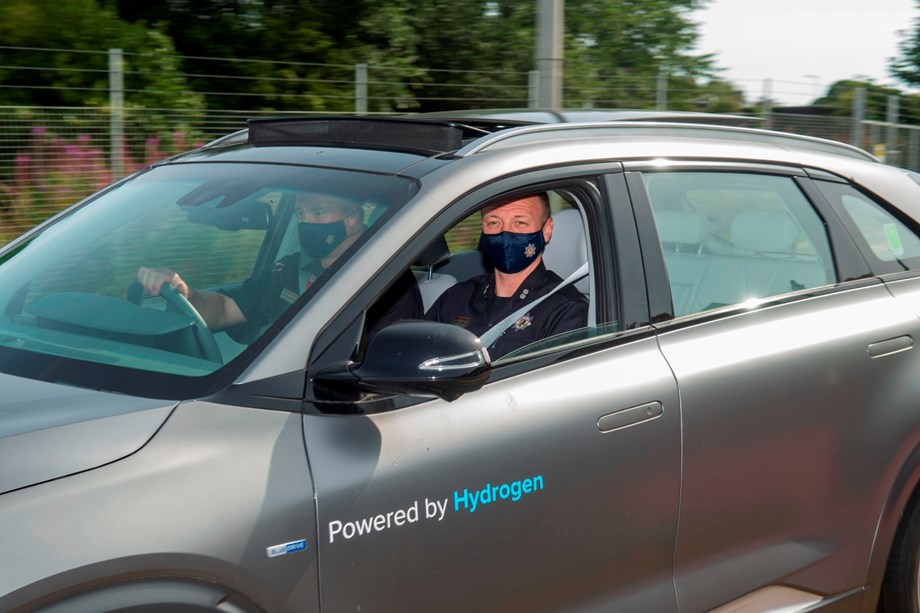 The visit provided an opportunity for firefighters to glean insights into the technology and to prepare for potential incident responses. It's part of a bigger effort to actively train up each and every firefighter around hydrogen in preparation for the City’s Hydrogen Hub. The tour was carried out by BOC, the operators of the station, and allowed every individual within SFRS to fully understand the workings of the onsite hydrogen storage, compression, and dispensing. Furthermore, as the Kittybrewster station produces green hydrogen onsite, from green tariff electricity through electrolysers, it provided a great opportunity to understand the whole hydrogen system. There was significant enthusiasm for the environmental benefits that green hydrogen technology can offer.

In addition, HyTrEc2 vehicles were present to provide in-person learning opportunities. The dual-fuel HyTrEc2 road- sweeper ensured that the service understood the principles of hydrogen in internal combustion engines and the interaction between diesel and hydrogen. A couple of the HyTrEc2 pure hydrogen cars were also at the station, in order to demonstrate the workings of a Fuel Cell Electric Vehicles, highlighting how the batteries engage with the hydrogen tank. 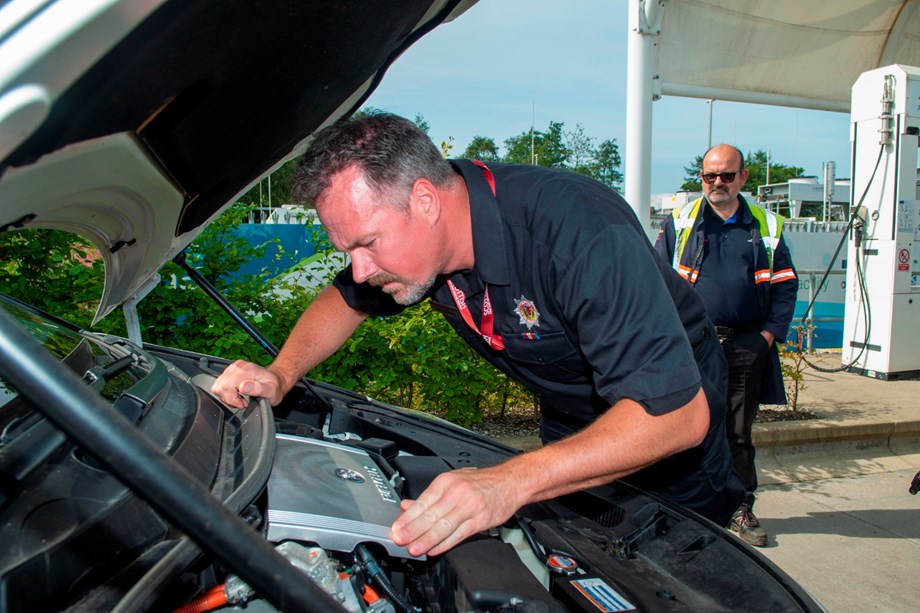 Aberdeen, already world-leader in hydrogen, has big ambitions to commercialise green hydrogen in the region and it is important that all community partners are onboard.

All photos credited to Norman Adams