25 October 2019 - Published by Louise Napier
The HyTrEc2 mid-term conference was one of the highlights of Scotland’s First Hydrogen Festival which took place from 28th September to the 4th October 2019 in Aberdeen.

As well as the HyTrEc2 mid-term conference workshops the guests were treated to a vast array of events over the course of the week including: the Energy Observer Hydrogen Boat; Hydrogen: An Opportunity for the North Sea Region; Scottish Hydrogen Fuel Cell Association Conference; Power to Hydrogen Workshops; and the Arcola Schools' Hydrogen Challenge.

HyTrEc2 cars and vans featured throughout the week, and as well as appearing next to the very glamorous hydrogen boat, were joined by a hydrogen bike, hydrogen waste trucks, hydrogen roadsweepers, hydrogen buses, the Team PrototAU Shell Ecomarathon “Best Newcomer” hydrogen car built by the University of Aberdeen and a TCP hydrogen fuel cell powered lighting tower!

Hydrogen: A Business Opportunity for the North Sea Region Conference

The HyTrEc2 mid-term workshops took place during the “Hydrogen: A Business Opportunity in the North Sea Region” Conference, on Tuesday 1st October. The Festival’s opening conference featured multiple inspiring speakers who are delivering hydrogen projects throughout the North Sea Region.

The HyTrEc2 workshops covered a number of topics that are being addressed as part of the HyTrEc2 project deliverables including: 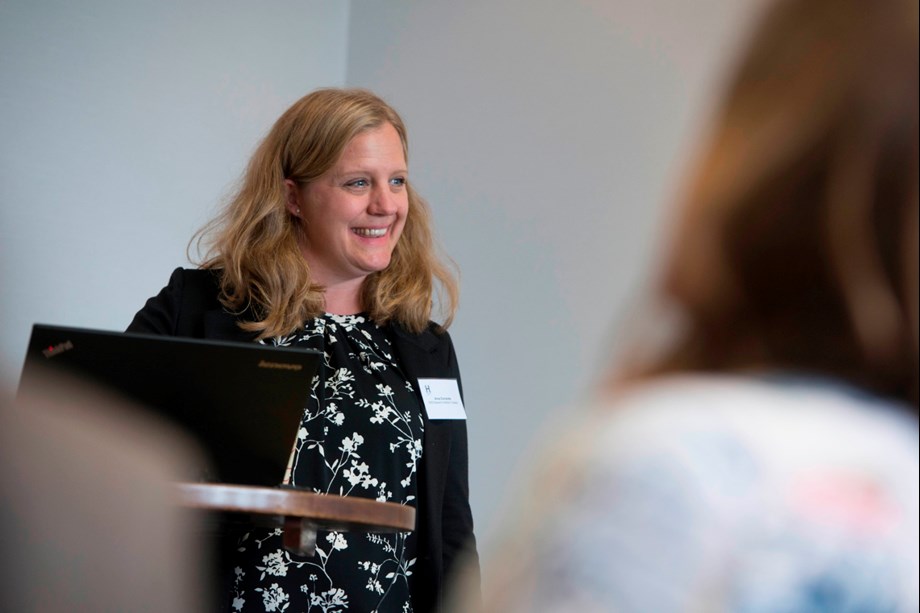 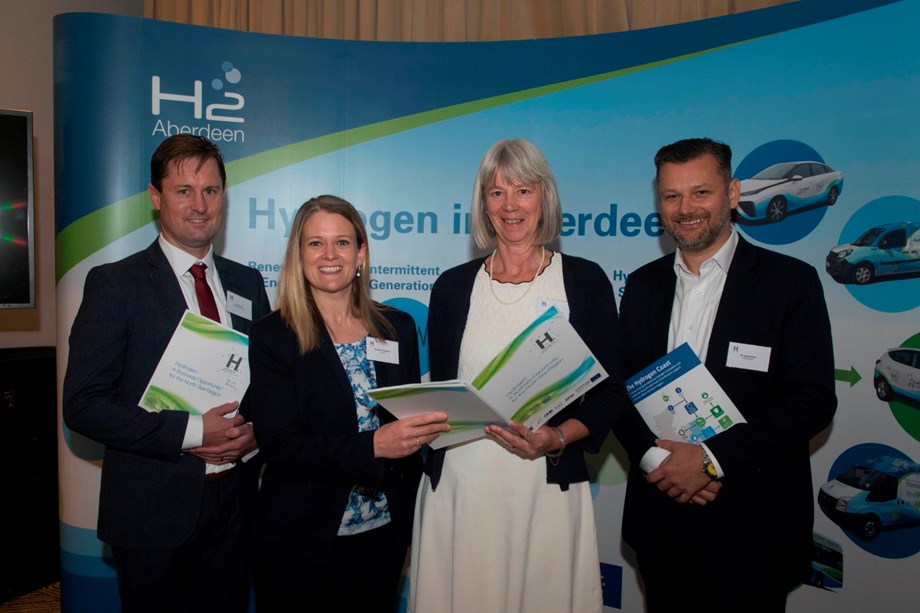 The event filled the conference venue with around 260 delegates. The audience included many who are already involved in the hydrogen sector, as well as those who were either exploring potential business opportunities or new to the sector. The variety of interest of the audience was only matched by the diversity of nationalities, with delegates from the Baltic States and Japan, as well as those directly involved in HyTrEc2.

{A fantastic turn out for the Conference}

The overall conclusion from the final audience poll was that the word ‘exciting’ best described the day and their view on hydrogen! It is abundantly clear that hydrogen is being recognised by many across the North Sea Region as offering a real opportunity for a cleaner economy and that its longer term potential can only be realised if enough brave regions follow the HyTrEc2 Partners and begin to develop and deploy hydrogen in real and meaningful applications. 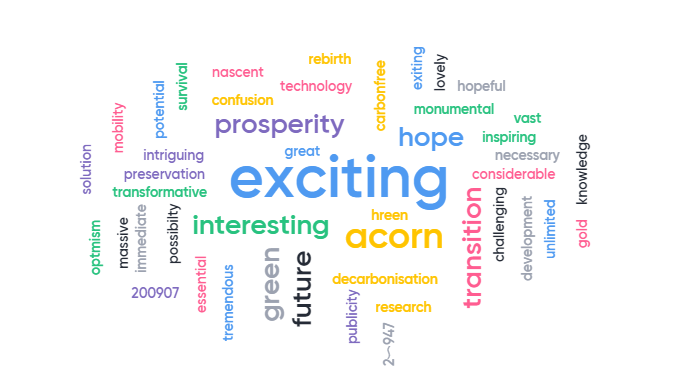 Throughout the Festival tours were carried out to various hydrogen-based sites of interest. There were tours to: TECA, the newly constructed events areas which is powered by hydrogen fuel cells; multiple trips were carried out to the hydrogen buses workshop and refuelling centre at Kittybrewster, which were particularly popular; and visits to Aberdeen City Hydrogen Energy Storage (ACHES) station. One pleased attendee of ACHES offered their review here.

On the Wednesday 2nd October delegates from around Scotland also met for the 11th Scottish Hydrogen Fuel Cell Association Conference - attracting a record audience of over 170 delegates to hear updates on progress with deployment and development of hydrogen and fuel cell technologies from Scotland and around the world. 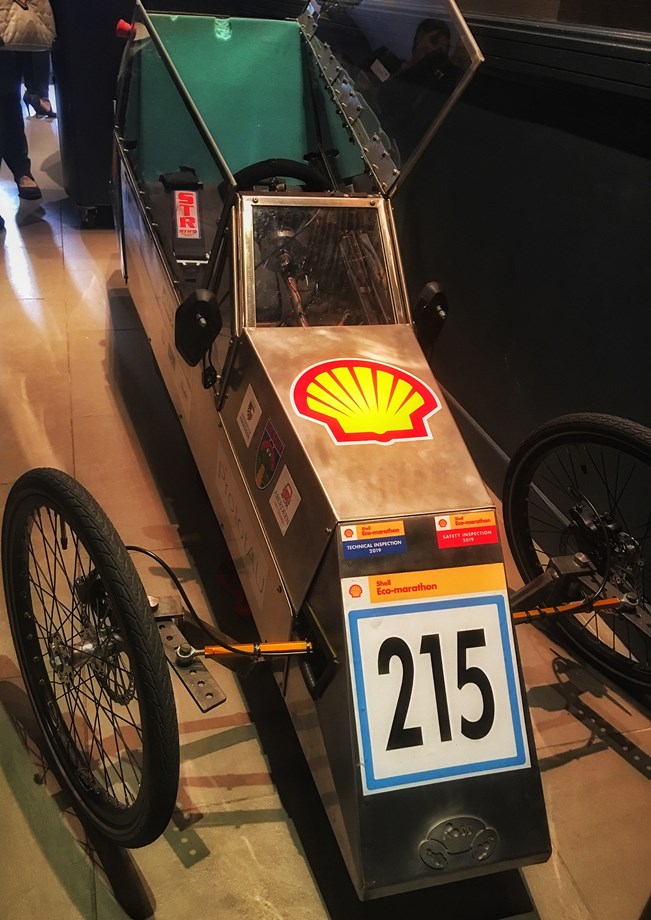 {Univeristy of Aberdeen Hydrogen car- "best Newcomer" in the Shell Ecomarathon. An interview with the designer can be found here}

On Thursday, 3rd October an inaugural Trans-Atlantic Power to Gas workshop was held during the Festival - bringing together over 50 industry experts from Europe and USA to draw on their collective expertise and identify common areas of interest to move the hydrogen industry forward with Power to Gas deployments.

The final event of the Hydrogen Festival was the Arcola Schools Hydrogen Challenge. This outreach was funded by the Royal Society of Chemistry's Public Engagement Grant and Toyota GB, and supported by Aberdeen City Council, H2 Aberdeen and the University of Aberdeen. The challenge was to get a tiny amount of hydrogen to power a vehicle the furthest. University of Aberdeen students engaged with 1212 primary and secondary school contenders. The finals on Friday 4th October saw a winning distance of over 34 meters being achieved using only 6.5ml of hydrogen gas! Primary Winners were Broomhill School, and the Secondary Winners were Cults Academy. An interview showing some of the excitement can be viewed here. The event was a great success and instilled the benefits of hydrogen to the next generation.