HyTrEc2 has won a project extension to carry out more pioneering hydrogen work!

Exciting News HyTrEc2 will be delivering a Hydrogen Economy for a while longer! We have been awarded an extension to the project, allowing us to explore hydrogen deployment in new sectors and ways.

One of the HyTrEc2 priorities for Call 12 is to engage with some of Europe’s largest transport polluters and target “Ports" for hydrogen applications, both boating and aviation.

To mitigate the effects of climate change, we will need our ports to transition to systems with fewer greenhouse gas emissions. HyTrEc2 will use the partnership's existing hydrogen expertise to help enable this transition via green hydrogen. 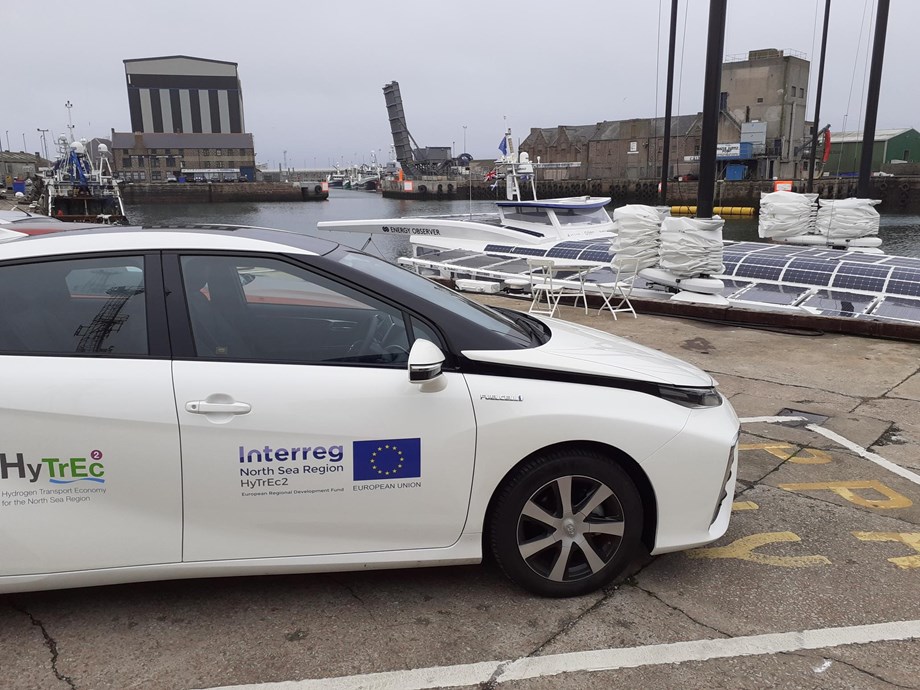 The HyTrEc2 project extension will have various deliverables including:

It is already anticipated that in the future harbours and airports will be significant users of hydrogen. By working with these non-road transport sectors now, HyTrEc2 can facilitate quicker uptake of hydrogen, which will in turn increase demand for hydrogen, increase the level of production, and therefore reduce the price of hydrogen overall, to benefit all users. This will strengthen the economics of hydrogen deployment improve even further.

"The North Sea is awash with Ports, and all of them are polluting. We need to sort them out, and the extension of HyTrEc2 provides an exciting opportunity to do just that. I am keen to follow the deployment of hydrogen in the non-road transport sector, as it could be of significant importance to the Aberdeen Hydrogen Hub." HyTrEc2 Champion, Councillor Philip Bell

Furthermore, Ports are the gateways to Europe and further afield.  Encouraging uptake amongst our ports engenders learning in the handling of this technology. This then provides the backdrop and possibility for large scale export. This will have significant economic implications for all the North Sea Region ports as they are strategically placed to reap the rewards of an increasing global appetite for hydrogen.