17 November 2022 - Published by Louise Napier
Attendees at the Aberdeen Renewable Energy Group Conference in Aberdeen this week were able to see a model of the Aberdeen Hydrogen Hub for the very first time!

The model has been created by bp to show how the Aberdeen Hydrogen Hub might look with working solar panels, offshore wind turbines, small amounts of hydrogen being produced using water and electrolysis to power a battery connected to a Scalextric car on a circuit going around 3D printed models of Marischal College and the Music Hall in Aberdeen.

“The hub will focus on producing a resilient supply of green hydrogen and we see an opportunity to scale the facility to use power from offshore wind in the not-too-distant future. We aim to build a network that is scalable over time and can potentially include opportunities for heating and aviation. We want to build an investable proposition to support economic development in the city and region and create benefits for both the public and private sectors.” 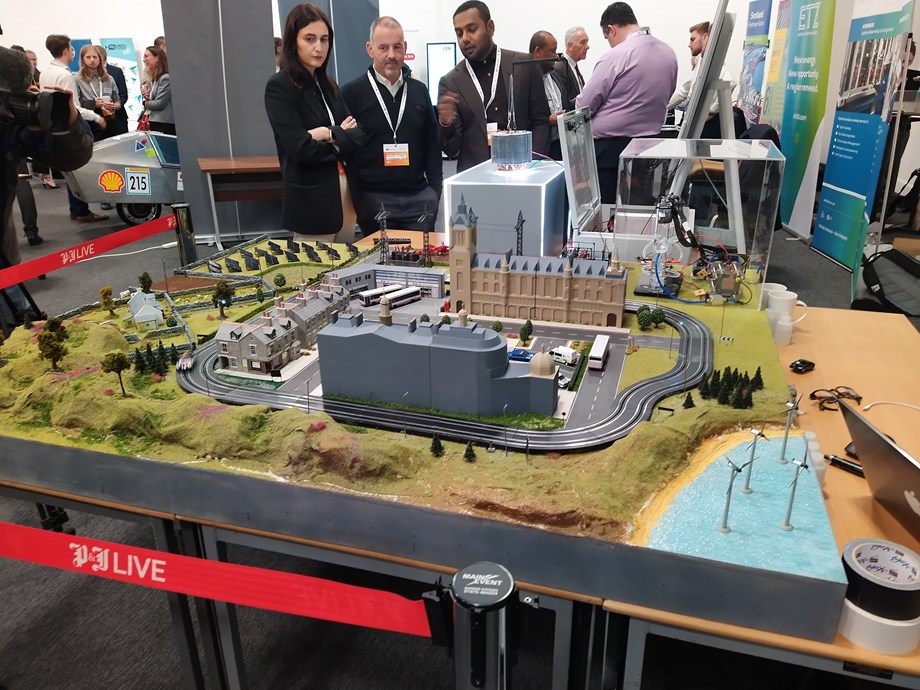