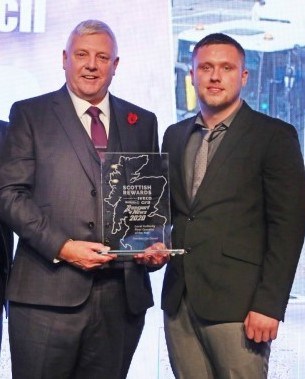 HyTrEc2 helps Aberdeen City Council (ACC) gain the title of Local Authority Fleet Operator of the Year from the annual Transport News Scottish Rewards presentation ceremony. HyTrEc2 has provided the ACC Fleet with a cutting edge retrofitted road sweeper, and green innovations were instrumental to the success. The retrofitted road sweeper uses Hydrogen when it is in more populated areas to ensure that there is no additional air pollution emitted by the machine intended to clean up the city. Present figures suggest that the Hydrogen is used for over half of the miles which the road sweeper travels for, which means Hydrogen is having a massive impact and radically improving air quality in the City. 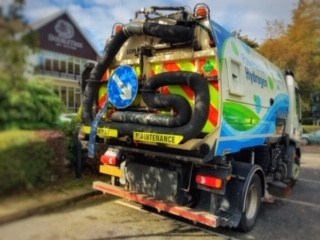 HyTrEc2's work has also encourage Mr. Whyte to explore Hydrogen uses in other areas of the fleet. HyTrEc2 success story is already fueling a green legacy. A fully Hydrogen powered fuel cell waste truck is next in line for the pipeline for the Council-watch this space!