Thanks to EU funds made available through the Interreg North Sea Region (NSR) HyTrEc2 project, the municipality of Groningen was able to deploy six hydrogen vehicles thus far. In 2014, the Groningen municipality set the ambition to become energy neutral by 2035 and to enable an emission-free inner city in 2025. This meant that their municipal fleet needed serious adjustments, as many of the diesel-driven vehicles were operating in the inner city. The start of HyTrEc2, therefore, provided an excellent opportunity to explore the possibilities of hydrogen (H2) for their emission-free fleet.

By the start of the HyTrEc2 project, the municipality had already ordered one H2 truck, which was deemed to be a success. HyTrEc2 allowed the municipality the opportunity to further explore the use of hydrogen within a wider range of vehicles and to develop the conditions needed for the creation of a small hydrogen fleet in the north of the Netherlands.

These developments were amplified by other parallel EU initiatives putting pressure on cities and regions to decarbonise, as well as the concentration of hydrogen-oriented companies in the region and the history of Groningen as an energy-producing region. This point is especially interesting: for already some years prior, Groningen was considered to be the “energy region” of the Netherlands due to the expansive gas-fields. The extraction of gas had resulted in earthquakes in the region and, as a few years ago, this increased the call on the national government to slow down the gas extraction. Left behind, however, was still a significant amount of know-how on energy, with Groningen wanting to remain an important energy player in the Netherlands.

Thanks to EU funds made available through the Interreg North Sea Region (NSR) HyTrEc2 project, the municipality of Groningen was able to deploy six hydrogen vehicles thus far. Especially the two H2 passenger cars have proven to operate very well and are often used for business trips abroad and to drive around incoming international delegations – perhaps you can even spot the Dutch HyTrEc2 partners on their road trip to the North Sea Conference this May in Bruges!

These H2 passenger cars are a great example of Groningen’s hydrogen ambitions, but Groningen has also deployed and tested a variety of H2 vehicles through HyTrEc2. The HyTrEc2 hydrogen refuse trucks (i.e., rubbish-collecting trucks) are operating well at around 70% of the capacity, speed and functionality as their diesel equivalent. The street-scooter and Kangoo are not very successful, however; specifically, within these vehicles, the fuel cell is not operating at expected capacity. This served as a valuable lesson for the HyTrEc2 partners: hydrogen works well for larger vehicles and former factory vehicles, but it does not seem to be the optimal solution for smaller vehicles, which can run battery-electric only as well.

HyTrEc2 gave the municipality of Groningen the possibility to test and evaluate hydrogen deployments in a real-life setting – and all these vehicles help to promote Groningen as the hydrogen capital of Europe. Groningen will also deploy a hydrogen boat, with the delivery date to come this autumn, to be used for the maintenance of the numerous bridges in the inner city. HyTrEc2 allowed Groningen to choose hydrogen as a green alternative. Without HyTrEc2 – without the support of the European Union – this choice would not have been made so easily. With regard to creating the conditions for a successful hydrogen ecosystem, HyTrEc2 even helped with the establishment of a buffer container, which allows the vehicles to refill much faster, allowing the operation of hydrogen vehicles becomes more efficient and more effective. 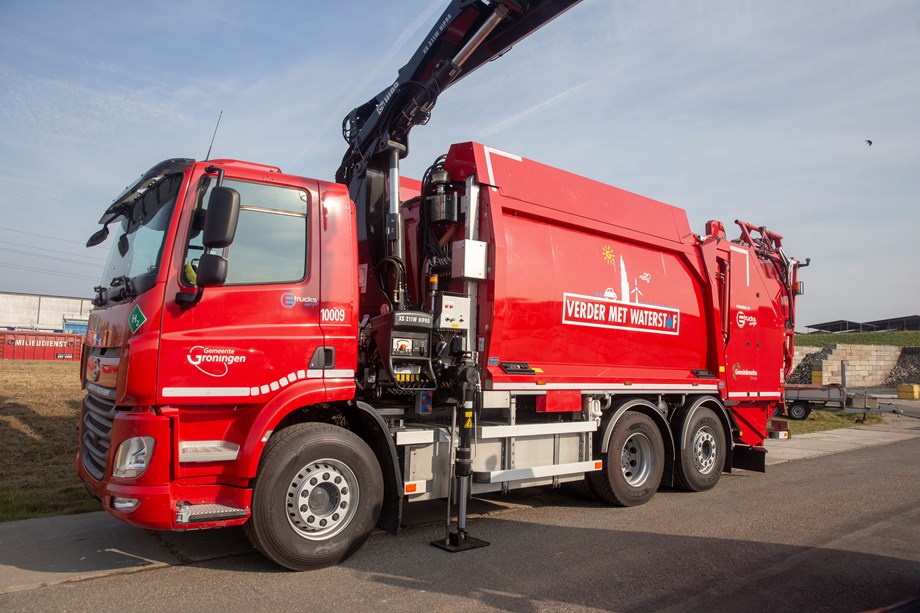 What’s next for Groningen on their H2 journey?

HyTrEc2 has some exciting summer plans! The delivery of the H2 boat is expected to dock in Groningen by Autumn 2022. At the moment, Groningen had organised a session with the operators and manufacturers of the boat in order to enable the end user’s involvement from the beginning. On the 6th of April 2022, a risk-analysis workshop was organised centred the work on the delivery of the H2 boat.

With regard to the passenger H2 cars, they are still used for travels. The two refuse vehicles will still be used in the upcoming year. The Streetscooter and Kangoo will likely not be running again before the end of the project, but the municipality is hard at work trying to optimise their usage.

In general, the municipality of Groningen is cooperating with organisations that are interested in the exciting hydrogen story of Groningen; for example, via interviews and presentations. Currently, Groningen is active in four hydrogen projects: HyTrEc2, Hector (Interreg North-West Europe), HEAVENN (Horizon 2020) and Revive (Horizon 2020). They work together with many partners from across Europe, and many organisations are learning from their experiences. By working together,  they are working toward lowering the price of hydrogen.

In their region, the work of the municipality really resulted in the growth of various companies. Also, the position of the Northern Netherlands as the Hydrogen Region has now quite known, and the region is receiving delegations from all over the world that want to take a look into their hydrogen achievements. For this, the municipality is working together with partners from the region – such as the New Energy Coalition, the University of Applied Sciences and the Province of Groningen.