The HyTrEc2 project makes a pit stop on their hydrogen journey at the 15th annual Cenex Low Carbon Vehicle (LCV) Event and 12th Steering Group Meeting of the project.

The international Interreg North Sea Region (NSR) HyTrEc2 project consortium met last week in Milton Keynes, UK for the 12th Steering Group Meeting of the transnational project, which was launched in October 2016 and extends into early 2023. The partner meeting was held to ensure the timeline of all outstanding deliverables and results of the project are met by the end of the project next year, as well as to strategize how the partnership can capitalise on project results to ensure lasting impact.

HyTrEc2 project objectives are geared toward the further promotion and testing of green hydrogen production, vehicles and storage and distribution solutions – including, for example, the piloting of a ground power unit (GPU) newly converted to a hydrogen-powered GPU at the Eelde Airport in Groningen, Netherlands. The ultimate goal of the HyTrEc2 project, which serves as a continuation of the original Interreg NSR HyTrEc project (2011-2016), is to develop of a common strategy and initiatives across the NSR that support the further use of Hydrogen Fuel Cell Electric Vehicles (FCEVs) in the NSR and beyond.

In addition, the HyTrEc2 capitalised on their visit to the UK to take part in the 15th annual Cenex Low Carbon Vehicle (LCV) Event, which took place on the 7th-8th September 2022 in Millbrook, UK. The Cenex LCV Event incorporates four key features: Technology exhibition split over three halls; Extensive seminar programme; Facilitated networking; “Ride & drive” of the latest research & development (R&D) and commercially available vehicles. Representatives from atene KOM were present to network with likeminded companies, EU projects and initiatives, in addition to take a look into the latest developments in low carbon mobility. 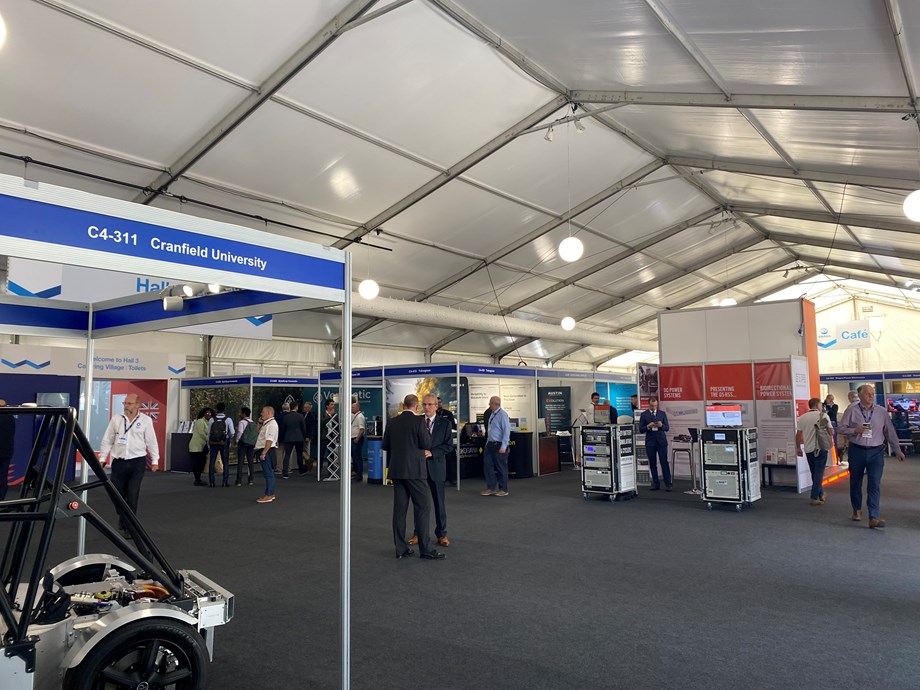 On the 7th-8th September, HyTrEc2 partners attended the Cenex LCV Event in Millbrook, UK to check out some likeminded hydrogen mobility solutions, such as this zero-emission hydrogen waste collection truck currently operational in Glasgow, Scotland.

Within the scope of the project objective to investigate and enable hydrogen supply chain and training, atene KOM has worked alongside the Arctic University of Norway (UiT) in Tromsø, Norway to jointly develop the new HyTrEc2 Training Modules (based on the HyTrEc2 Skills Framework Report published by atene KOM in 2021). These HyTrEc2 training modules are to be piloted this October 2022 at North East Scotland College (NESCol) in Aberdeen, which is currently being organised by atene KOM, Aberdeen City Council and NESCol. Discussed at the recent HyTrEc2 Steering Group Meeting was also the intention of atene KOM to investigate the additional possibility of piloting these modules in other regions across the North Sea Region, demonstrating the transnationality and scalability of this significant HyTrEc2 project result.

Also discussed at the international partner meeting was the latest outputs developed by the partnership, including the report on hydrogen production and distribution in isolated areas in the NSR, which is now in the final stages of partner review. This report, alongside other highly anticipated outcomes of the project – such as the concept and feasibility study for hydrogen applications in harbour settings overseen by RISE Sweden, or the Business Case and Economic Modelling for Green Hydrogen Production report (RISE) – are expected to be published and made freely available online by the HyTrEc2 partnership within the coming months.

Exciting project findings and impact (i.e., monitoring of the reduction in CO2 emissions of hydrogen vehicles both directly and indirectly due to the project) will continued to be disseminated at high-level national and European events, such as the Winds Meets Gas Symposium 2022, (6-7 October 2022, Groningen), the NESCol HyTrEc2 “Road to Decarbonisation” pilot trainings (6-7 October, Aberdeen), the North Sea Conference 2023, and so on. During this final year of the project, the partnership aims to ensure HyTrEc2 continues to receive European-level exposure to further build capacity of the project, speeding off – by hydrogen-powered vehicles, of course – into the bright horizons on the road to decarbonisation. 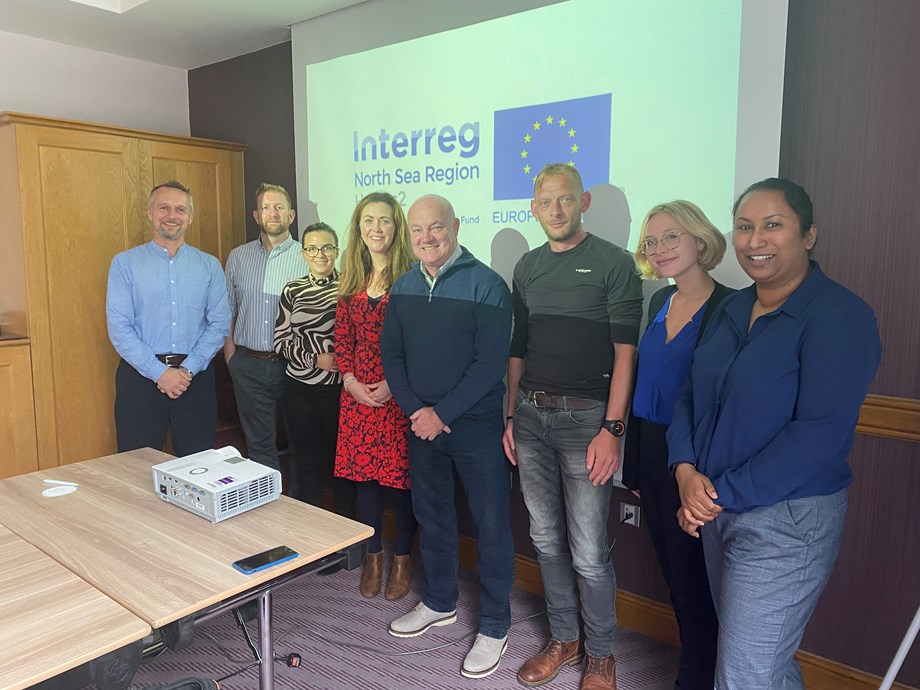 The HyTrEc2 partnership convened in Milton Keynes, England for the 12th Steering Group and Partner Meeting of the project to ensure the effective delivery and promotion of all outstanding outputs of the project.

You can also join the partners on their hydrogen journey by following the HyTrEc2 project on social media: