The G-PaTRA team were welcomed to Norway on the 11th September with a series of interesting presentations on the topic of green transport and biofuels in three different locations in the country.

Firstly, the team arrived in Trondheim to hear Konrad Putz, Head of Mobility at the Transport Department in the County Council of Trøndelag, talk about the process behind the development of a future zero-emission high speed ferry and take part in a transnational discussion about how public procurement could contribute to reduce risks in tech development.

Next, Andreas Kruger Enge, Director of Strategy and DEvelopment at AtB spoke about on-demand transport and mobility as a service (MaaS). Finally in Trondheim, the team learned about 'Innovative boats for the future' from Eirik Janssen from Selfa Artic AS.

The team then took the high speed ferry to Edoya on Smola, with a peer-review activity taking place on the ferry and led by G-PaTRA project partner Marianne Amor from Urban Foresight, a task which continued the peer-review of lighthouse innovations which had taken place in Aberdeen earlier this year. The group then made its way to Veiholmen along the scenic route by bus.

A large part of the second day of the trip involved presentation and discussion of the findings of the report by Endrava into the Smola hydrogen value chain, a task which forms part of workpackage 3 in the G-PaTRA project. This was the first time the team had heard the results of this newly finished report.

The team then took part in an activity led by G-PaTRA partners Leine and Weser which involved conceptualising the project lighthouse demonstrations using Lego bricks.

With the presentations over, the team then headed to a salmon hatchery on Smola, with has a biogas pilot plant as part of a research project which will only use waste from the fish production. The group members were then treated to a visit by boat to a salmon farm and a presentation about the salmon farming industry on the island, and a tour of the windfarm.

A high speed ferry brought the group to Kristiansund in order to catch flights home the next day.

The visit was covered by the local newspaper Tidens Krav, screenshots of which are available below. 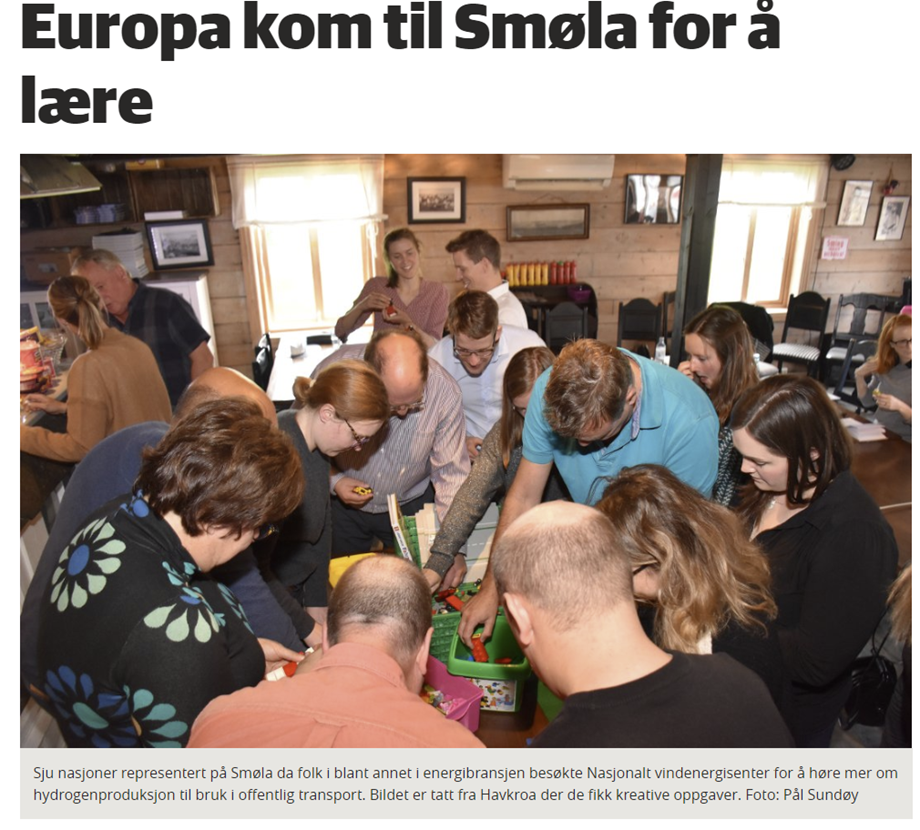 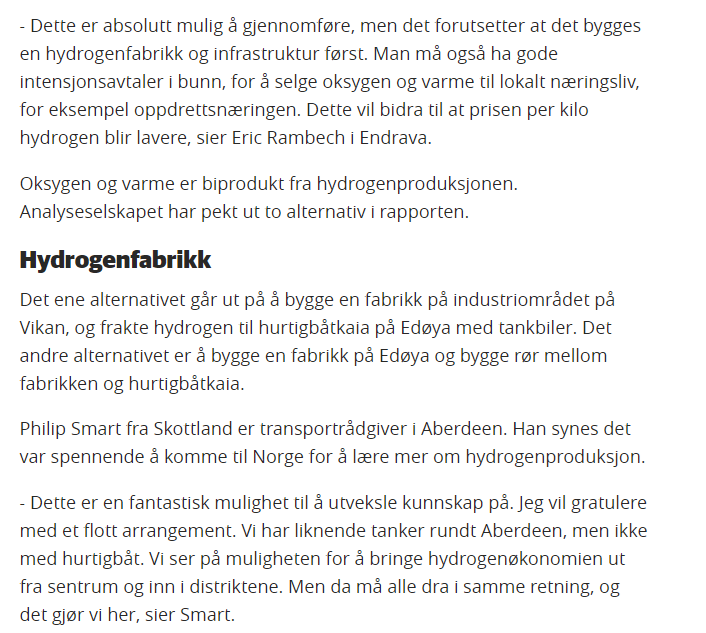 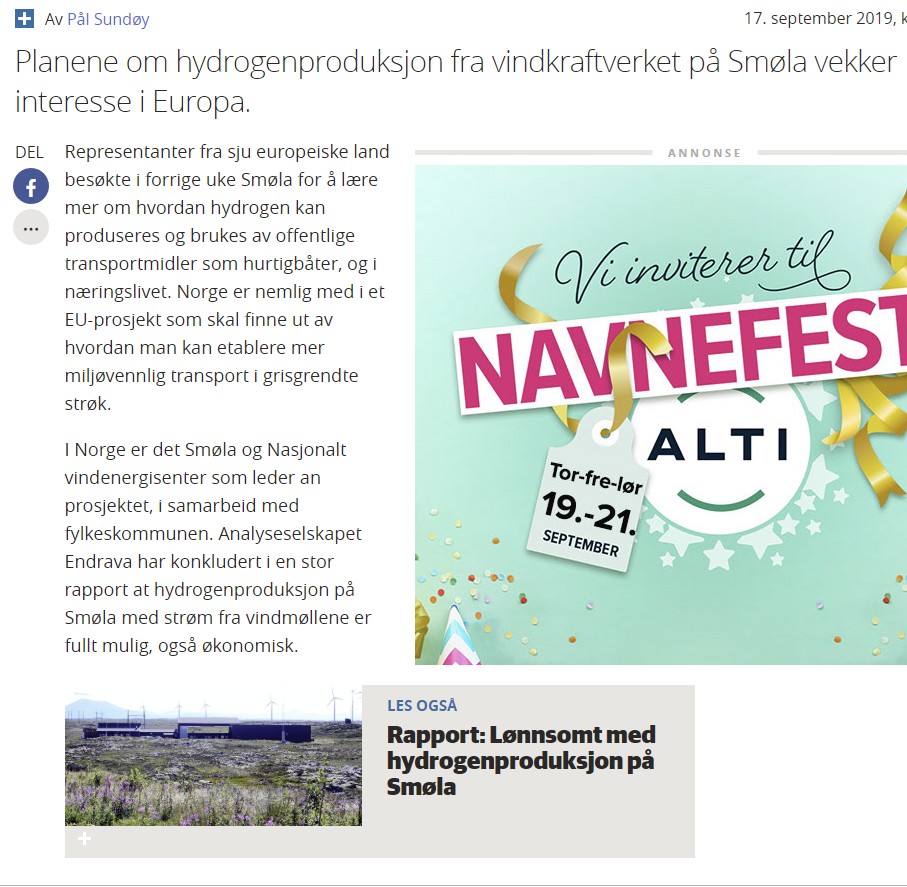 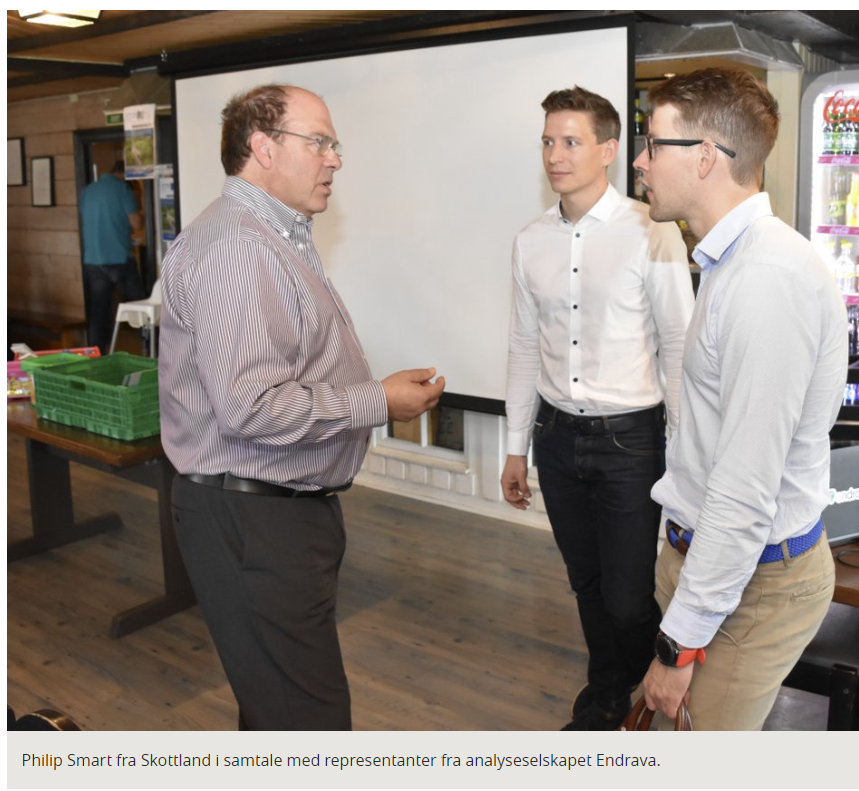 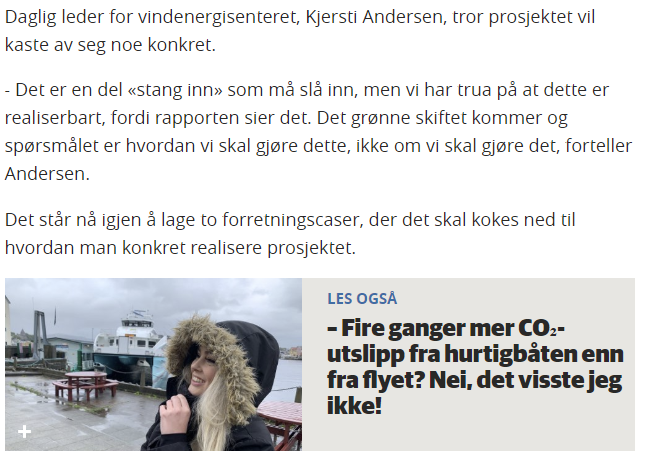