More than 40 company representatives from Southern Lower Saxony and Northern Hesse have enquired about the potential of exoskeletons and the first research findings of HAWK Göttingen.

The attendees learned more about the topics of employer attractiveness, employee health and injury prevention, functionality and research findings through information and product parkour of various manufacturers of exoskeletons, alongside exciting impulse presentations.

The success of the event was demonstrated by the attention it received from local organisations and media outlets. Below is an article featured in local newspaper HNA, originally published in German.

Work easier and safer with EU-project EXSKALLERATE. At the Demo-Day in Kassel, exoskeletons were tested and new contacts made.

Logistics, production, care... There are many industries in which the back and spinal discs are particularly stressed on a daily basis. This can prove expensive for the economy, around 40 million days of worker absence per year are due to back problems. Representatives of the regional economy experienced how exoskeletons - mechanical support structures worn on the body - can counteract this issue at the Demo-Day of the EU funded project EXSKALLERATE.

Partners from six European countries are working together to research how exoskeletons can be used in practice. The German partners cooperating are: Regionalmanagement Nordhessen GmbH, the University of Applied Sciences and Arts (HAWK) in Göttingen, and the MoWin.net e.V. mobility network.

The fact that exoskeletons amplify one's own movements and make physically demanding work easier has now also been scientifically proven, as Dr Björn Buffé from the HAWK in Göttingen reported during the Demo-Day:"With the help of a complex movement analysis system, we can visualize how the stress on joints and the lower spine is reduced by wearing an exoskeleton."Currently, scientists from the Faculty of Engineering and Health are supporting the study phase of EXSKALLERATE - with biomechanical measurements that visualise the workload in real time on the screen, but also with feedback discussions from the participating companies.

Four small and medium-sized companies from the region are participating as pilot sites and will continue to test exoskeletons and their suitability for everyday use until the end of the year. The experience so far has been good, as Tim Krauss, head of in-house logistics at PBS Schriner GmbH (Grebenau) described at the event:"The employee who wears the exoskeleton during the trial phase immediately felt a positive effect. He reports that he has significantly more strength in the evening than before. Wearing a support system offers many advantages in his view - also in view of the shortage of skilled workers in more and more industries. We see it as our duty to promote the health of our employees."

Sebastian Tischler, project manager for EXSKALLERATE at Regionalmanagement Nordhessen GmbH, reports that wearing exoskeletons not only supports the body, but also the psyche: "Research results from other countries show that employees are less exhausted after work and more motivated to pursue their own hobbies or sports. This ensures a better quality of life. In addition, employers show appreciation for their employees when they invest in technology that makes their work easier.”

But how do the systems feel on the body? Can the supporting effect be clearly felt? At the associated product fair, visitors were able to experience this quite vividly. Four manufacturers of exoskeletons presented their products here and invited visitors to try them out. "I'm surprised that the exoskeleton can be put on so quickly," said Helge Ziems, who is responsible for occupational safety at the city of Kassel and can imagine the systems being used by municipal waste collection, for example. In fact, putting on some models - after a one-time fitting - takes little more than a minute. Lifting, carrying, working overhead: The product fair showed that there is an ideal exoskeleton system for almost any physical activity. 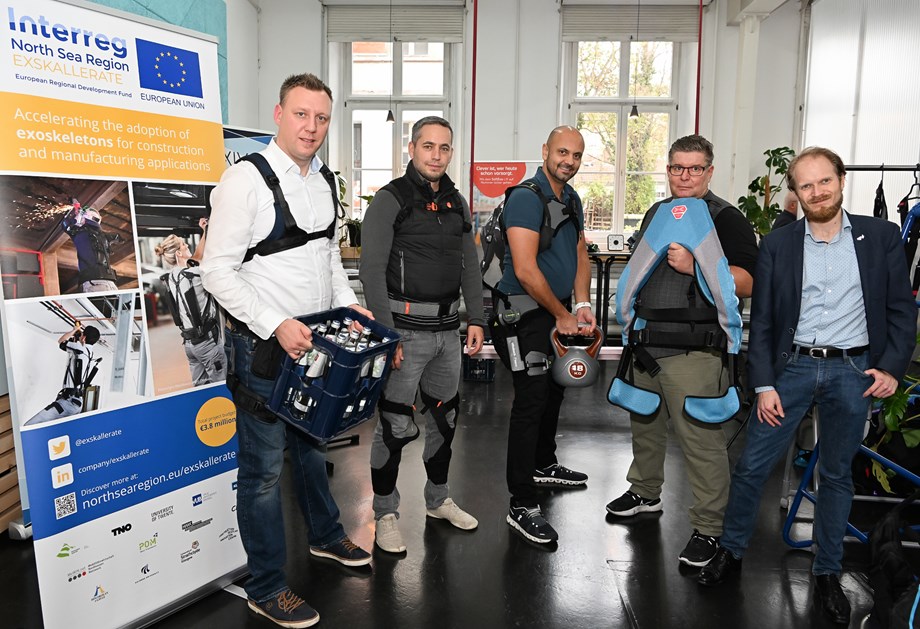