Transfo Zwevegem, a former electricity power plant, has stopped its production since 2001.  From then on, the site was abandoned and neglected. The Municipality Zwevegem became owner of the site and since then, three partners (the municipality of Zwevegem, intercommunal organization Leiedal and the Province of West-Flanders, combined forces to reform the entire site: buildings were restored, and new partners were recruited to give the site a new meaningful function.

The first three have been fully developed and since ‘energy’ was, and still is, incorporated in the site’s DNA, the partnership is now developing a ‘sustainability and renewable energy’ dimension to the reformation.  Within this program, the partners want to develop a new kind of (micro)grid: renewable energy production and storage are to be connected through a DC –net, which in its turn is connected to the low voltage AC-net, operated by a grid operator. People on and off site get the opportunity to invest in these renewable energy production units (mainly solar and wind) and are as such forming a local energy community. Within this concept we want to experiment with investing in renewable energy and its effect on the energy bill, the epc, .... Therefore, we strive to make the site 'rule-free' in various areas.This is where Empower2.0 comes in. With Empower, the partners want to install storage, a management system and start experimenting.

All findings, obstacles, processes, successes and failures will be compiled and presented. This knowledge and the knowledge of (new ways of) producing energy will be documented and educationally valorised.

At the end of the demonstration and evaluation project, there will be a technical fully operational DC/AC microgrid, with a variety of participants: households, brewery, climbing hall, event-location… The grid and its legal context will function as a living lab.

A great introductory television coverage of the project can be found here: https://youtu.be/c7MCExAv7tw 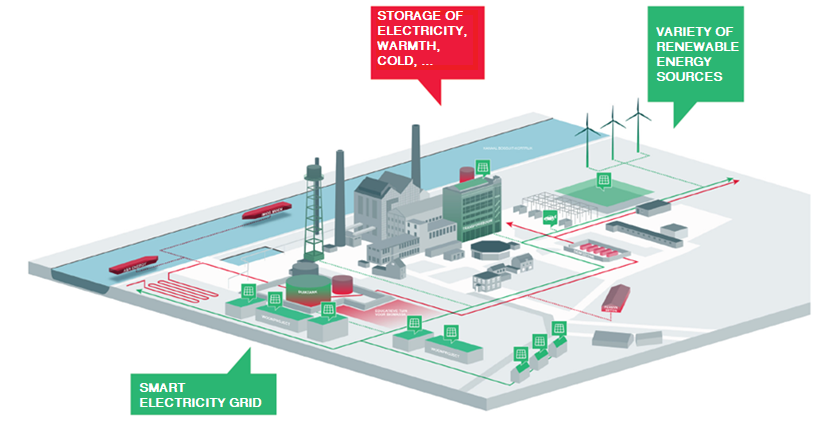