25 October 2021 - Published by Dominique Dhondt
EMPOWER 2.0 is not the only Interreg North Sea Region project working on the energy transition and the green economy. Our project caught up with the colleagues from the project Stronghouse, to share and compare different approaches. What have we discovered?

Stronghouse engages, enables and empowers homeowners and neighbourhoods to invest and reduce the environmental footprint of their homes. Stronghouse wants to support homeowners in their journey from initial interest, to planning, financing and contracting energy renovation.

Jaap Lobbezoo, Stronghouse partner from the Municipality of Noordenveld, sees similarities. “Stronghouse also aims to speed up the transition process and focusses on citizen participation, particularly homeowners. Our project partners are adjusting and redesigning existing measures, based on a better understanding of what actually motivates homeowners to invest in energy renovation - individually and on a neighbourhood level. Simply said, Stronghouse guides homeowners from initial interest, to planning, financing and contracting energy renovation, while also supporting specialized SMEs from the region to access the market.”

Both Interreg NSR projects are about citizen involvement. EMPOWER 2.0 encourages ‘ownership’ - whether that be actual solar panels, a share in a cooperative heat net or a sense of involvement by raising awareness and engagement in the energy transition at a local level. Including those at risk of energy poverty - an increasingly prevalent issue - is also a priority.

The neighbourhood approach used by Noordenveld in Stronghouse also revolves around citizens. Both projects invest in energy co-operations which focus on stimulating an accessible, democratic and sustainable energy facility. Communal needs and ambitions, joint ownership and democratic control are core understandings. 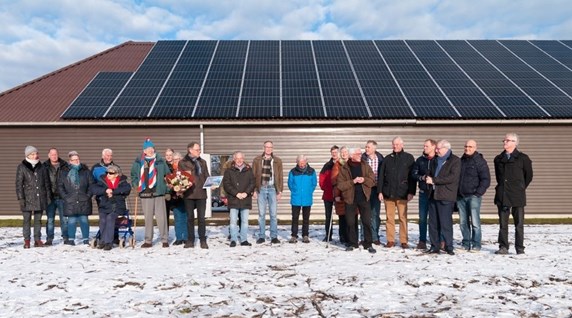 In the Regional Energy Strategy (RES)  30 Dutch regions describe how they will act on the Dutch National Climate Agreement. This agreement states that 50% local ownership is the goal for large-scale generation of renewable energy on land.  Municipalities recognize the importance of energy co-operations in achieving this. Both Zaanstad and Noordenveld greatly value the intensive collaboration with local energy groups for several reasons:

The Dutch municipalities involved in the Stronghouse and EMPOWER 2.0 projects approach the cooperation with energy co-operations differently. Within the limitations of the European procurement policy and state aid, each looks at how they can support these co-ops in projects that contribute to the municipal sustainability goals.

Keijen van Eijk: “In the Municipality of Zaanstad, the local coöperative Wespark is using an interactive energy-consumption monitoring  app to grow awareness and develop an ‘energy community’ of citizens. The co-op's ultimate goal is to create a local trading platform where citizens and communities can trade their self-generated sustainable power. Zaanstad also initiated a new neighbourhood approach to  combat energy poverty by offering advise and helping the implementation of  some simple energy-saving measures. And in another EMPOWER 2.0 pilot,  the Municipality of Haarlem is upscaling local collective solar projects, for example  by contributing available public roof space. In this way, inhabitants without a suitable roof can still participate in generating solar power through a local co-operative.. Together with local citizen organisations (Kennemer Kracht and Stadsgarage). Haarlem have set up a learning community to help other local initiatives in the region.

Learning communities can also be found in Noordenveld where the Energiecoöperatie Noordseveld works to increase participation in the energy transition and allow more people to profit financially. Getting people on board is  the first step so initial costs have been kept low.  The Municipality of Noordenveld also provided a low-interest loan for a  solar panel collective that will be paid back with returns from power generation. A separate cooperative was set up for this project - Noordseveld op Rozen.

The Municipality Noordenveld and the Energy Cooperation Noordseveld have joined forces in the Neighbourhood Approach. The authority is responsible for the deployment of policy instruments, administrative networks and financing agencies and external expertise. The Energy Cooperation contributes knowledge and experience, a strong and enthousiastic network in the cooperative energy sector and an extensive web of socially engaged volunteers.

The cooperative structure – a member-owned business - is not exclusive to the Netherlands and can be found in many European countries. Energy cooperatives became particularly popular at the end of the 1980s. Stronghouse and EMPOWER 2.0 have such energy cooperatives as partners, all running interesting pilots to test various accelerating concepts, such as collective purchasing, community retrofitting, small district heating nets using biomass etc.

“The results from these pilots are of interest to all of us,” says Jaap Lobbezoo. “Stronghouse partners engaging with energy communities, such as Noordenveld and Energy Cooperative Noordseveld, can really profit from these shared examples as we take our first steps towards a natural gas-free future.” 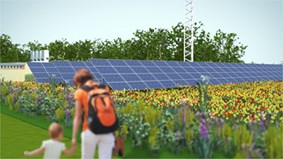 Top down, bottom up or a mix?

EMPOWER 2.0 has a mainly, top down approach, centred around how municipalities can work together and their role in the facilitation of other parties. In Stronghouse, the Municipality of Noordenveld has chosen to connect with citizen groups (associated with the energy cooperation) and together they decide the pace of transition. It must be noted that this approach requires a huge investment in terms of time and communication. This fits with the pioneering perspective of the energy transition. The question is if, and how, one can switch to a more top-down, structured project approach to upscale to more neighbourhoods. The parties in Noordenveld want to investigate this further once the first neighbourhoods have initiated their implementation plans.

Concluding their discussion, both Jaap and Keijen agreed that the energy transition is underway and the point on the horizon is visible. But there are ‘more paths to Rome’ and the journey is challenging.