Opening of the collective solar roof at Mendel College (Haarlem)

01 July 2021 - Published by Dominique Dhondt
With a smaller group than planned (due to the corona measures), including about ten local residents who participate in the solar roof, the collective solar roof on the Mendel College in Haarlem was officially put into operation on Monday, 28 June. The installation has been supplying green electricity for several weeks, but a special moment for the opening had yet to occur.

Director Heinemeijer of the comprehensive school kicked off the afternoon. In the auditorium, several other invited guests explained the project, including Erna Hollander, chairman of Coöperatie Kennemer Kracht and aldermen Botter (Municipal Property) and Berkhout (Sustainability). As an official moment, they all pressed a button, after which a large screen showed footage of the installation on the roofs.

The afternoon ended with a short tour of the school, from where the roofs with the solar panels could be seen.

In the autumn, when the measures have been further relaxed, another meeting will be organised for more local residents participating in the solar roofs. 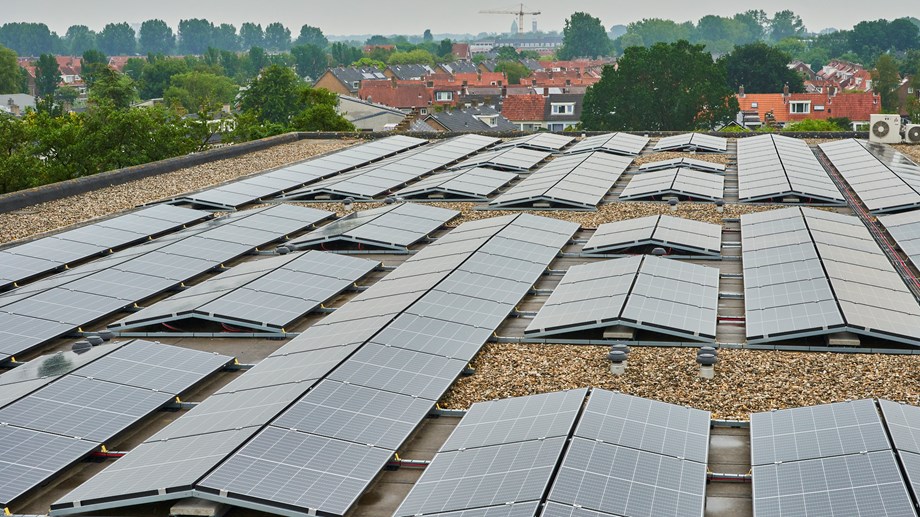