Exciting day when another film was shot in Värmland!

02 October 2019 - Published by Anna Grude
It was an exciting day on the filmset! Gunshots sounded loud while the battle scenes were filmed in the historical Eda fort in Värmland, on the Swedish-Norwegian border! The local actors showed uniforms and equipment from 1808 and made it all very real.

Eda fort was built in the 17th century and were in use until 1814. There have been two notable battles between Sweden and Norway here, one in 1657 and one between 1675-1679. No one were ever killed in the battles, however, 400 people died in field disease in the early 19th century. During filming the actors also showed how they used to put up a camp and how to cook during the wars.

In the CUPIDO project, Värmland County Administrative Board (VCAB) is making films about a selection of the national interest areas in the county. Ten different locations will be filmed. Eda fort is the third one.

- We hope that the films about Värmland's national interest areas will inspire and transfer knowledge about the sites, so more actors will discover the potential and use the sites as a resource in their business, says Sara Bodin Olsson, who works at VCAB and is the Project Manager for producing the films

Stay tuned for more updates on the films about the national interest areas in Värmland. 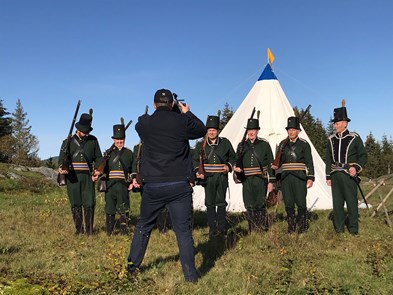 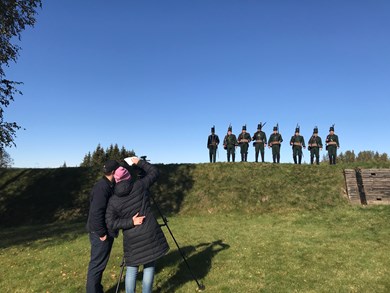