05 December 2019 - Published by Anna Grude
The fourth CUPIDO partner meeting took place 2-3 December in beautiful Ieper and was hosted by our Belgian partners.

The first day of the meeting an analysis about the DNA of the CUPIDO regions were presented, followed by work shops on how to use this knowledge in the work within CUPIDO.

The second day of the meeting took place in the close by village of Dranouter, which is also where Dranouter Festival, one of the eight pilot areas in CUPIDO are held every summer. We heard interesting presentations about some of the Centers of Excellence in the different regions. This was followed by productive discussions with the partners on how to bring the project forward.

Next meeting will be held in Inverness, Scotland in June. 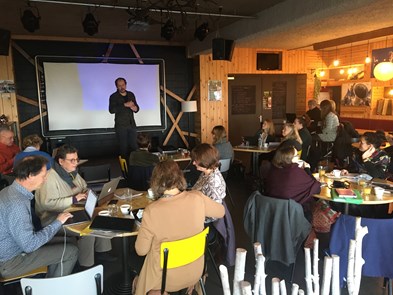