The book festival in Folkestone, 2021, multimedia event about Beckett

11 November 2021 - Published by Anna Grude
This year’s Folkestone Book Festival took place from 4 - 14 June 2021 celebrating the re-opening of our performance venue Quarterhouse to the public after 14 months of closure. The festival was set up this year as a hybrid of digital, live, and outdoor events. One of the headline events of the festival was an immersive multimedia experience inspired by the secret wedding of Nobel laureate, novelist and playwright Samuel Beckett in Folkestone on 25 March 1961 to his long-time partner Suzanne Deschevaux-Dumesnil.

Samuel Beckett (then aged 54) mysteriously booked a room for two weeks at the Hotel Bristol on the Upper Leas in Folkestone under his middle name, Mr. Barclay. Beckett was keen that his Folkestone marriage remain a secret and so during his stay he was deliberately stealthy for fear of being recognised.

To mark the 60th anniversary year of Beckett’s little-known momentin Folkestone the festival audience was invited - one at a time - to follow his footsteps around the town, guided into a hotel on the Leas, on to a pub and finishing at the Registry of Births, Death and Marriages. At each location, they listened to newly commissioned fictional monologues, written by Helen Oyeyemi, Rupert Thomson and Eimear McBride from the perspectives of a hotel receptionist, a journalist and a witness to the wedding. The three monologues were read by an all star cast; Jade Anouka, Russell Tovey and Harriet Walter. As the audience members made their way along several Folkestone landmarks, the Leas, past St Eanswythe Church and its cemetery and on to the cobbled streets of the old town, they listened to biographical fact-files on Beckett’s life.

For those that could not take part in the – one at a time – multimedia experience, Creative Folkestone specially commissioned a one-hour film to creatively document the promenade performance. The Beckett in Folkestone film, shot entirely on 360° format took the participant on a walk in the footsteps of a mysterious performer personifying both a member of the public and Beckett himself. The film was premiered at Quarterhouse with a special screening event and was also streamed online as the closing event of the Book Festival.

The ‘one at a time’ multimedia experience was enjoyed by 134 people and the film was watched by about 200 people.

This acitivty has been a part of the CUPIDO project. 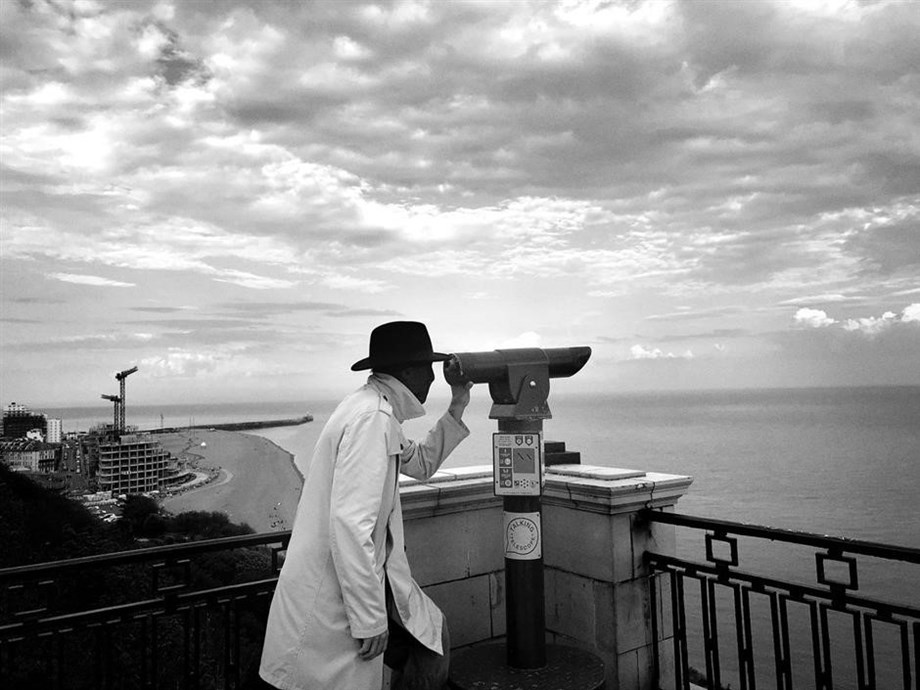