Another Cupido VR-testbed conducted in Värmland

28 November 2019 - Published by Anna Grude
In collaboration with Västanå Teater, Region Värmland conducted another VR-testbed. The testbed explored if a theatrical performance could translate into an immersive medium.

During a very hectic rehearsal the workshop generated a 360 video that can be distributed on web, social media platforms as well as VR- headsets.

- The film gives the audience a glimpse of what the venue looks like and what the live experience is going to be, says Josef Nyberg film commissioner at Region Värmland. VR can not replace the real deal but can be a very efficient way of marketing an event to a new audience.

The musical interlude/scene was performed by Västanå ensemble and the Irish folk music singer Heidi Talbot, based on Selma Lagerlöfs “Gösta Berlings Saga” and is best experienced in a smartphone with the Youtube app.

Västanå Teater has redefined what Scandinavian theatre is with its innovative storytelling where the music, the dance, alongside the word creates unique performances. Another important source of inspiration for them is the Scandinavian folk culture. 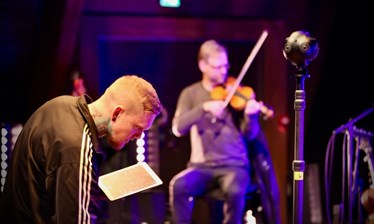 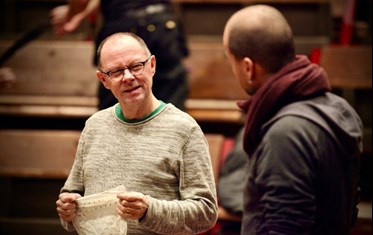