The project is about using creative tech to show, tell and sell.

Before we continue, new technologies are always peppered with acronyms so be prepared. There will be a test at the end.

FFHSH's Project Lead, Julia Grosch says “I’m really excited to be returning to the event. The focus on Virtual Reality (VR) is growing every year. It’s a great chance to find out about the latest innovations and network with creative businesses and freelancers. As part of Create Converge we’re helping creative services to collaborate and connect with new markets beyond entertainment.”

VR is the focus at the EFM’s Horizon series with the VR NOW Summit, the VRNEXT Investors Club and the EFM’s 360° VR Market Screenings.

“The tectonic shifts being felt across the film industry landscape are reverberating at this year’s European Film Market, where the impact of new technological developments, growing opportunities, new markets and the roles of diversity and inclusion are in the spotlight.”

The EFM is a key global event over 9 days attended by over 10,000 producers and creative media services, distributors and financiers. 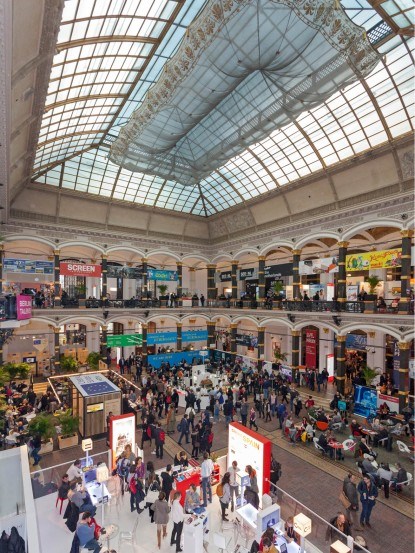 The VR NOW Summit is on Sunday, 10th February at the Berliner Freiheit and will show all kinds of examples of convergence across film, television and immersive technologies.

The event is presented by VRBB (Virtual Reality Berlin-Brandenburg e.V.”), is a public association to advance the VR, augmented reality (AR) and mixed reality (MR) industries.

Speakers include Tim Rittmann of Booster Space, Liz Rosenthal of Venice VR and founder of Power to the Pixel, Joanna Popper, Global Head of VR for Location Based Entertainment and Ioulia Isserlis and Max Sacker of AnotherWorld VR. 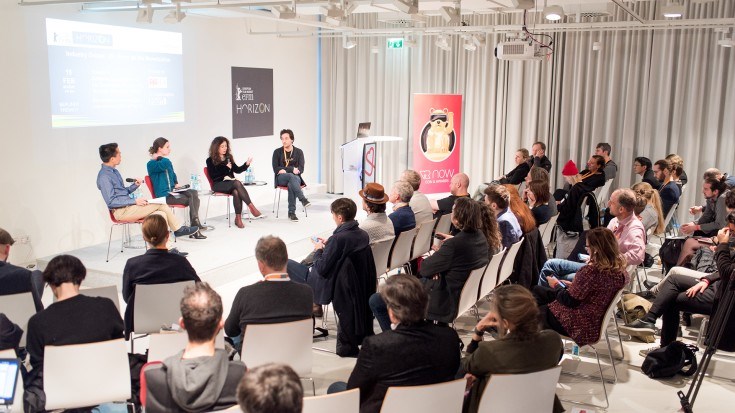 The VR Next Investors Club brings together “content creators, platforms and distribution companies will present their ventures among others to financiers and technology experts who will discuss and assess their business proposition, investment readiness, and market fit. Equity investors and public funds, film producers, distributors, and broadcasters will exchange their views on state-of-the-art experiences, products and services in entertainment VR with sales agents, technicians, and VR specialists. The objective is to better understand which distribution methods and partners help to attract new audiences for immersive narratives”.

Julia will be reporting back on her encounters this year.

And now for that test. The prize is the inimitable sense of tech satisfaction. Apologies that this is only in English and one of them is actually made up.

Game tech - so much more than play

Computer games offer visually rich, interactive and immersive play experiences. Game players can feel transported into another world that they are able to explore and drive change in a range of realis…

Virtual and Free on 22nd June 2021. Join us live on Youtube as Create Converge is taking part in Animation Expose Live with The Upshot, a review of what we're all about and how we can help you with co…

Webcasting daily as MESH TV, the event is produced in collaboration with Southern Sweden Design Days and brings together Create Converge and Creative Ports, both European Union Interreg projects suppo…

Create Converge in US of A for SXSW

One of the best industry events on the planet for convergence and Create Converge will be there.

The Hamburg Games Conference is back for another edition on 26th February 2019 with the theme Communities – new opportunities for development and marketing.

Create Converge is getting really truly virtual with an event you can attend simultaneously in Aarhus, Denmark, Hamburg, Germany and Malmo, Sweden! We're introducing new ways of using VR beyond entert…

You can watch AWOW as a 360 degree experience through the Youtube app on your smartphone.