CC Partner Via headed to the world’s #1 AR+VR conference and expo with annual dates in the USA, Asia and Europe. This report by VIA’s Thomas Erland Pedersen.

This was the 9th World Expo and the third time it was held in Munich. This is the world’s #1 AR+VR conference and expo with annual dates in the USA, Asia and Europe.

It brings together a mix of CEOs, CTOs, designers, developers, creative
agencies, futurists, analysts, investors, and leading media in a fantastic opportunity to learn,
inspire, partner, and experience first hand on of the most exciting industries of our times.

This was 2 days with 100 speakers, 100 exhibitors and over 1000 attendees.
The agenda for the speakers was across 7 different strands.

AWE is produced by AugmentedReality.ORG a 501 (c) (6) non-profit organization. All

profits are reinvested in AR.ORG’s services.

AR.org facilitates and catalyzes the global and regional transformation of the AR

Educating and boosting awareness about the real power of AR

Hatching AR initiatives and helping bring them to market

were the industry is heading

PTC Vision for Augmented Reality in the Enterprise (Main stage)

Augmented Reality has the power to fundamentally change the way people work. It

bridges the digital and physical worlds, providing value across the enterprise. 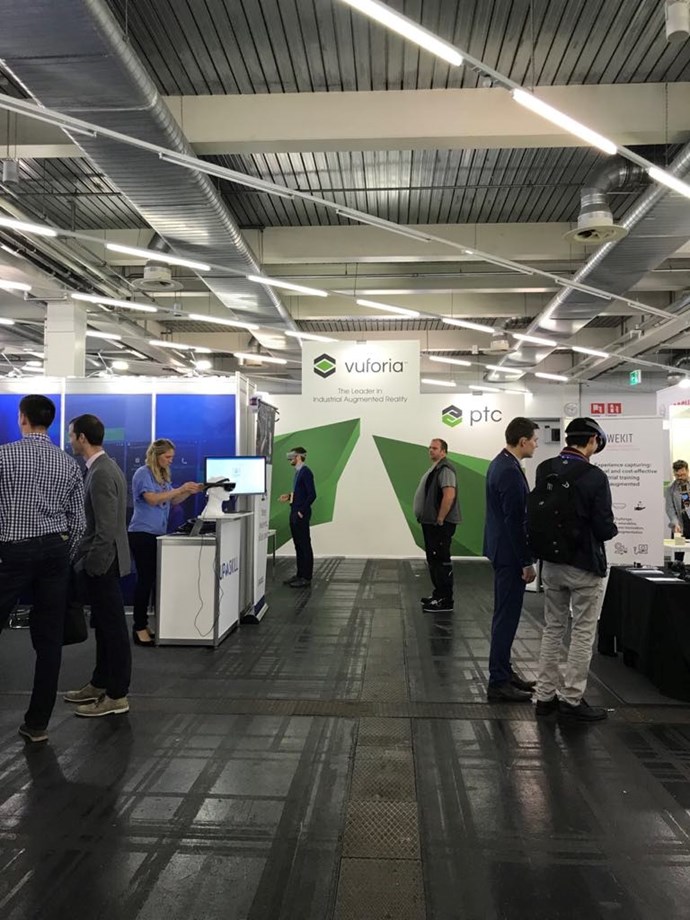 driving many enterprises to completely re-imagine how they manufacture, sell,

operate and service their products.

From Prototype to Global AR roll-out with Bosch (Main stage)

Together with Bosch, we will share the most essential ingredients to open up the

AR world to your organization. We will tell our joint AR story from start to finish (and

beyond) with insights into content approaches, strong partnership ideology,

learning how those have done it before you.

The presentation explains about this innovative training application and it’s

challenges, it describes the technical solution approach and provides initial

facilities and during public events.

This presentation will discuss the key ideas in my book “Charlie Fink’s Metaverse,

An AR Enabled Guide to AR & VR”: (1) Technology succeed when it takes what we

are already doing and makes it better; (2) People are the killer app; (3) we always

two insights, which I’ll discuss in some detail. First, the world is going to be painted

with invisible data. How will it work? How will we see it? What will we use it for?

Second, VR and AR are still wrongly conflated and use confusing terminology. We

can’t even agree on what to call things. I will also talk about my follow up book,

coming out in March 2019, “Painted With Data”, which is a deep dive into the many

Led by Author and Envisioneer, M. Pell of The Microsoft Garage, this session takes

transformed into Smart Information (powered by XR). The session also serves as a

launch point for a movement that will revolutionize the very nature of information.

The Reality Ecosystem: what XR (AR/VR/MR) needs to go big (and how Europe

Tim is a software engineer, investment banker, lawyer and founder, and one of the

most connected people on the planet for AR/VR/XR at CEO level. He writes

regularly about AR/VR/XR for TechCrunch and others, as well as being interviewed,

quoted and presenting across all major media and conferences globally.

Tim was educated at Yale and Sydney Universities, and before founding Digi- 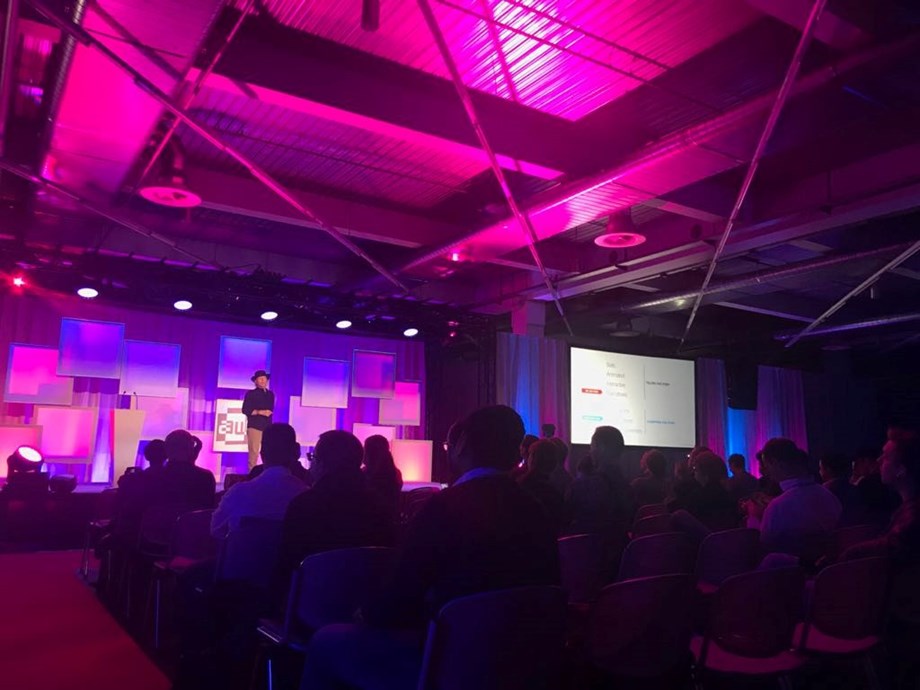 I also visited several of the many exhibitions.

The morning began with opening remarks from AWE Co-founder and CEO, Ori Inbar,

greater AWE network which currently has a reach of over 250,000 professionals across all

attracting the leaders, the doers, and the corporations evaluating adoption of XR

technology,” said Ori Inbar, founder and CEO of AWE. “The ultimate goal of AWE is to

inspire one billion active XR users by the year 2020, and all signs point to this becoming a

reality: rapid XR adoption by the Fortune1000, big bets by tech, manufacturing and

consumer giants, and record investment in the billions. These growth and collaboration

factors, when combined with our news partnerships news, the expansion of our AWE

Nites series to 10 cities worldwide, and our open call to the community at large for OARC

Inbar’s remarks were followed by the debut of exclusive market data, both globally and

specific to EU, presented by Tim Merel, Managing Director of Digi-Capital, based on the

results of an XR survey conducted in cooperation and partnership with AWE. One of the

revenue opportunities outside of their geographic regions:

backyards, at a time when growing revenue and extending financial runways are critical to

survival. So while there is money to be had internationally, many are simply leaving it on

the table. Although Chinese computer vision/AR investment grew 3x to $3.9 billion over

region) could be putting themselves at risk.”

practices for unlocking the potential of AR across a variety of environments.

between iOS and Android devices. The release also includes the Vuzix Blade companion

and iOS. These enhancements allow users to leverage the Skylight AR software platform

Eyecandylabs announced the release of its augmen.tv SDK to allow customers to

incorporate the software based solution into apps for augmented reality video and linear TV. The toolkit roll-out, which will initiate with the Unity SDK Plugin beginning in 2019 and followed by iOS and Android native SDKs, enables content creators to build engaging and interactive AR-experiences on video, driving user engagement and monetize it through new revenue streams.

Bosch introduced a new AR solution for the automotive industry: a link between the

of its 16 founding members and an inaugural Open AR Cloud working session to focus on two core topics: the introduction of its “Privacy Manifesto for AR Cloud Solutions,” a policy statement outlining the organization’s preliminary seven core AR-Cloud privacy and security principles; followed by an open discussion on the development of a shared

Spatial Index / DNS and frame of reference for a geographical 6dof/pose format.

Along the way I talked to several people from the AR industry.