The House of Resources in Helsingborg

In October we took part in an innovation exhibition in the City center. We showed the idea House of Resourcecs to politicians, other decision makers and the public. Before the event, we built a model from recycled material. In this way, the concept of our idea became even more alive. We received some really workable comments from the citizens of Helsingborg.

In the House of Resources we will solve tasks such as utilizing bulky resources, handing out e-commerce and grocery bags as well as delivering various mobility solutions at the neighborhood. We do it in a way that can increases the social interaction in the neighborhood. In this way, we can increase the quality of life and streamline transport in the the new residential area of the Ocean harbor in Helsingborg.

We have started the dialogue with the property owner and a variety of stakeholders who are intended to operate in the neighborhood. Among other things, we have held several inspiring workshops during the autumn. The next step is to put together focus groups to test different ideas on. 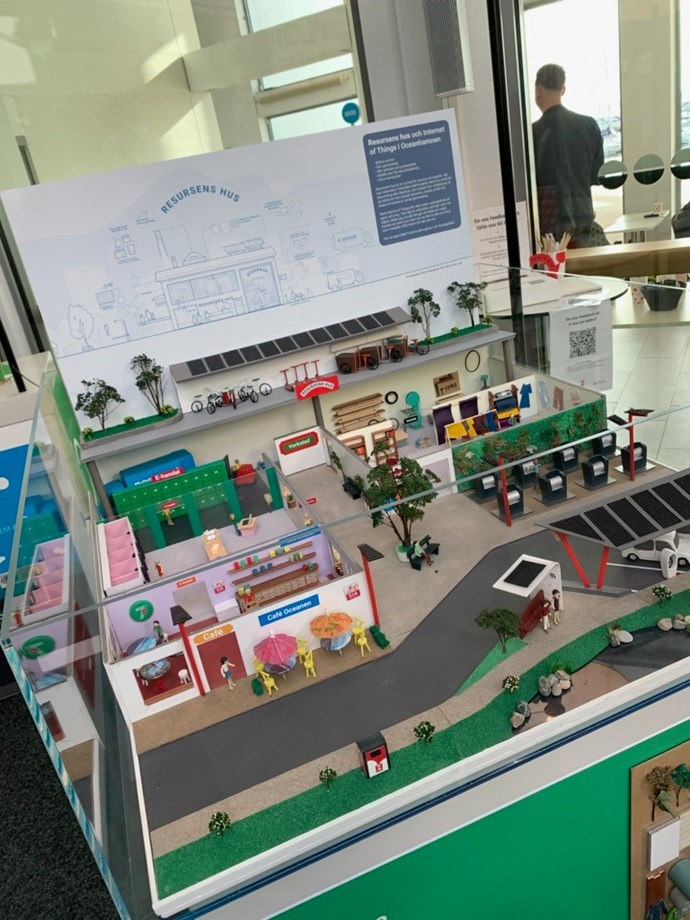