From soccer field to climate and activity park in Vejle

Vejle city is located in the southeast of Jutland in Denmark. The Municipality is the 5th largest in Denmark with 116.000 inhabitants. The city is known for the hills that rise to the north and south of the city and Vejle Fjord, the inlet that connects Vejle to the sea. Furthermore, the city is also known for the three rivers that meet in the centre of the city: Vejle Å, Grejs Å and Højen Å. The valley of Vejle Å is the longest tunnel valley in Denmark, and the valley of Grejs Å is the largest ravine in Denmark.

Vejle is located in a beautiful area, but it is at the same time challenged by water from all sides and at risk of flooding from Vejle Fjord, the rivers, heavy rainfall, storm surges and raising water levels. In Vejle we have chosen to meet these challenge head on and turn them into new opportunities. We always apply a resilient mindset to our solutions and our memberships of Global Resilient Cities Network (100 RC) and the CATCH-project are important to our work. 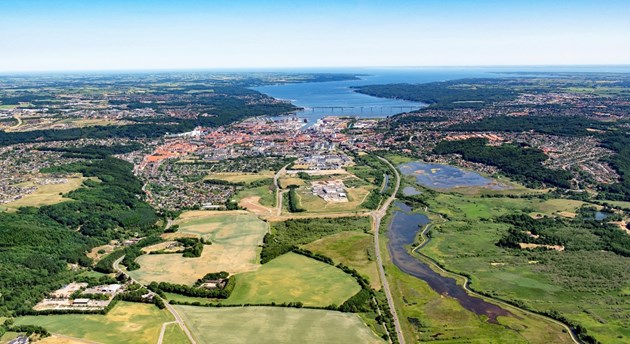 The CATCH-project is a part of a larger climate project in the eastern part of the city which is especially challenge by flooding due to heavy rain. In this area we have developed resilient solutions, where we control and guide the water while also creating recreational value for the area.

The CATCH-project has helped us turn an existing soccer field into to a climate and activity park. The field is divided into three areas/basins, which can be used to temporarily delay rainwater. When the first basin is full the water will run to the next basin and so forth.
When the basins are not used to delay the rain they will be integrated as part of a new multifunctional area. The CATCH-project has played an essential part in our planning an in terms of integrating recreational opportunities in the area - especially with the first basin. This project will serve as a great example of the ongoing work with climate adaptation and the importance of having a resilient mindset. 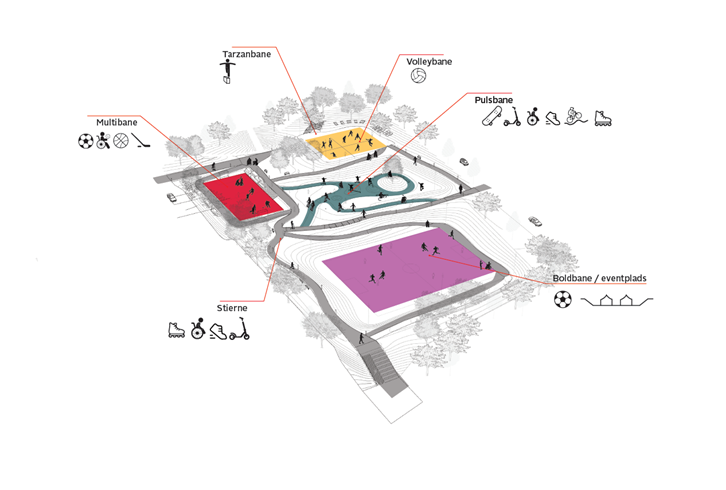 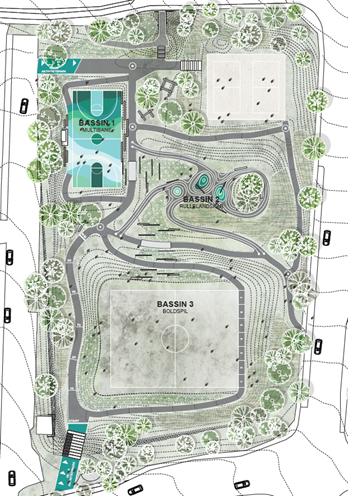