05 September 2018 - Published by Manon van de Riet
From 8 to 12 July the 8th Singapore International Water Week (SIWW) was held in conjunction with the 6th World Cities Summit and the 4th CleanEnviro Summit Singapore, at the Sands Expo and Convention Centre, Marina Bay Sands in Singapore. As cornerstone of SIWW the Water Convention provides an international platform to share and co-create innovative water solutions. The 2018 edition of the Water Convention reinforces its focus on what makes cities resilient and liveable, which perfectly matches the Interreg North Sea Region project CATCH. 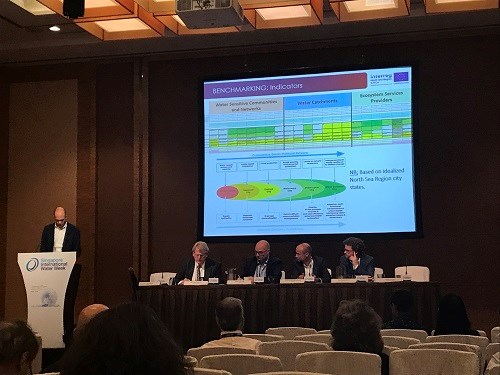 The CATCH presentation focussed on the scope, objectives and its 7 pilot projects. Nanco talked about the initial findings of the benchmark exercise and the exploration to develop a navigational ‘climate adaptation’ tool for the mid-size cities in the North Sea Region (NSR). The CATCH presentation was well received and contributed to the panel discussion. Especially the suggested step-by-step transitioning and ‘leapfrogging’ potential towards a water sensitive mid-size city in the NSR was well appreciated. And CATCH appears to have an Australian twin. The technical panel session themed ‘water-wise communities’ included a presentation on ‘transitioning to Water Sensitive Cities: insights and lessons from six Australian cities’. This presentation went into the navigation in adaptation planning of Water Sensitive Cities. Although differences in water challenges, it is obvious to exchange experiences. 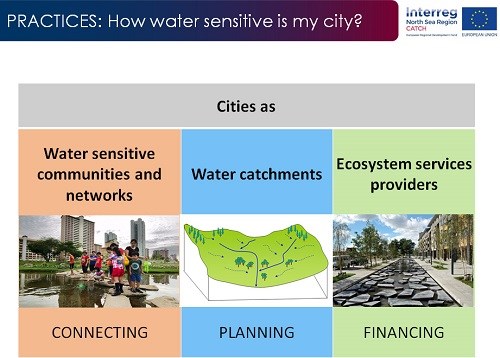 The fact that the SIWW is a platform of global importance was demonstrated during the plenary SIWW water dialogue, which featured former UN Secretary-General Ban Ki-moon as key note speaker. Under his leadership of the United Nations, the Paris Agreement was clinched. Mr. Ban Ki-moon announced that he will chair the Global Commission on Adaptation, which will feed recommendations into the UN Secretary-Generals climate summit next year.