07 July 2020 - Published by Manon van de Riet
Do people think more about the climate when they do an escape room about climate? They want to find out in Zwolle.

The municipality has therefore built the first mobile escape room on climate change. It is called Adapt or BTrapped, or: Adapt or you are stuck. Foreign students from the creative school Cibap and Windesheim University of Applied Sciences built it at game studio 038Games. The mayor of Zwolle, Peter Snijders, is also participating. He plays in a movie clip about the escape room and warns the people of Zwolle. 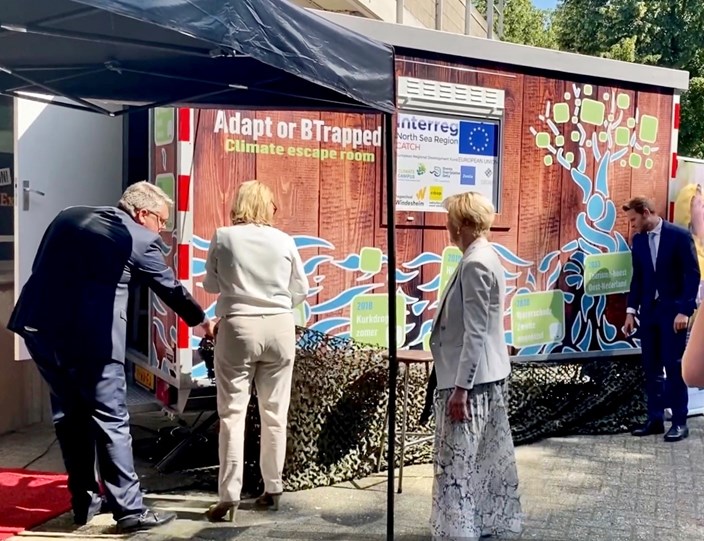 The story
Players who get in will end up in the future, the year 2050. Outside Storm Donald rages. Can they escape and solve the puzzles in 20 minutes? The players have to adapt all kinds of things to their own home and neighborhood. 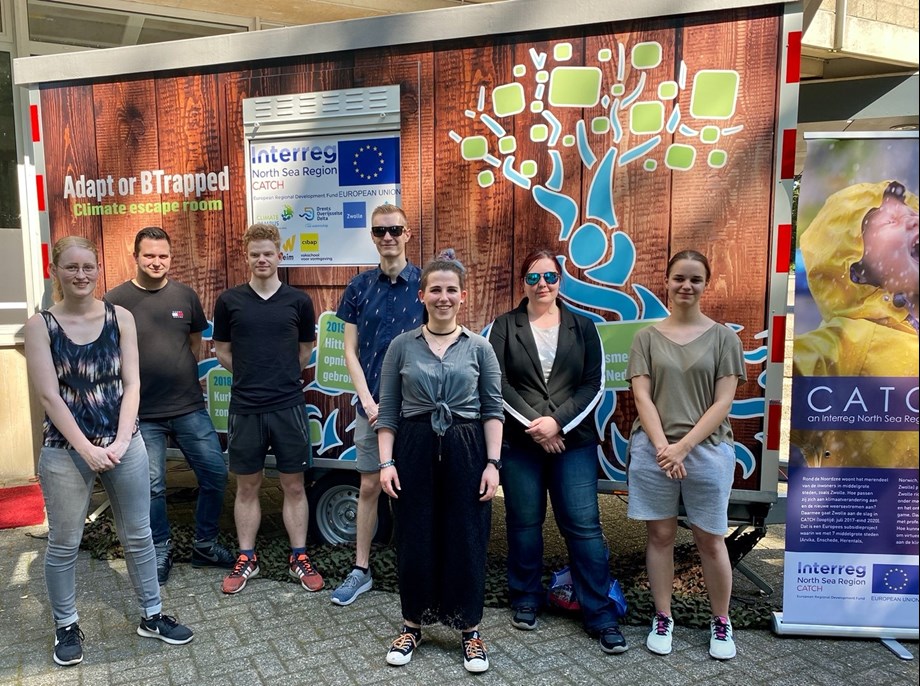 At the unveiling of the escape room on June 23, the film clip with the mayor also premiered. The 8 students who made the escape room rightly received a big round of applause.

The escape room was built with money from Europe. There they also find it important that Europeans become more aware of climate change and what residents can do about it themselves. That is why they started the CATCH project with 7 countries around the North Sea. CATCH comes from: 'water sensitive Cities: the Answer To Challenges of extreme weather events', this means: water-conscious cities, the answer to extreme weather, such as heat, drought and downpours. We recently saw this in Mierlo in Brabant, in Helmond, Gouda and in Vlissingen. To deal well with extreme weather requires much more cooperation than now. The escape room is also a great exercise for that. There is already considerable cooperation in the Zwolle region, for example in the Climate Campus partnership, which was set up specifically to make the region climate-proof. The inventors of the climate escape room were recently graduated trainees from the Drents Overijsselse Delta Water Board, also a member of the Climate Campus. It could be worked out further together. In September, the makers and inventors hope that the escape room will be used by residents in two neighborhoods in Zwolle. To do this, the game, conceived for the corona period, must first be adapted to the 1.5 m society.