06 September 2018 - Published by Manon van de Riet
On the 30th and 31th of August the Decision Support Tool team visited Arvika in Sweden. The city of Arvika already has a history with flooding due to climate change.

The effects of these floodings had a large impact on the liveability of the municipality. Therefore at this moment the municipality is constructing a dam to prevent flooding from lake Kyrkviken. Though, after tackling the challenges with flooding, for Arvika another dimension of climate change adaptation became apparent: water quality.  Due to the run off of storm water from the city and adjacent land uses, the water quality of the lake is poor. 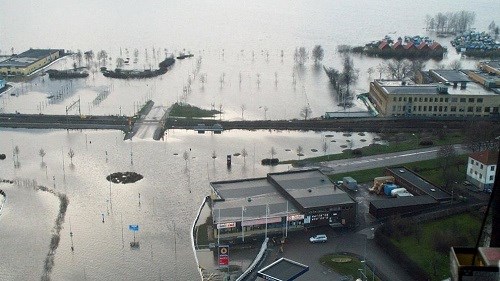 Therefore the municipality is currently working on a water quality improvement project of lake Kyrkviken. During these days several interviews the construction site of the dam and the sites for the water quality measures were visited. And of course a whole range of interviews with stakeholders took place. Striking was the interest of politicians for this project. Besides that, it was very interesting here to speak to a landowner: the manager of a graveyard. In total it gave an impression of close involvement of the whole community in the pilot and in climate adaptation in general in Arvika. 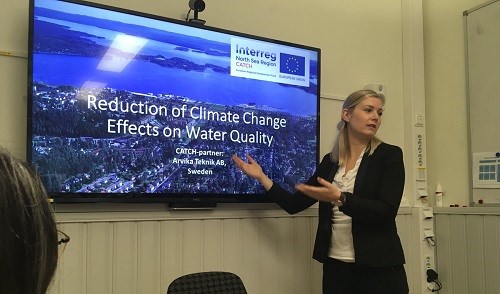 For more information on the pilot measures.