05 September 2018 - Published by Manon van de Riet
On the 27th and 28th of August the Decision support Tool team visited Vejle in Denmark. During this visit the pilot in Vejle for the CATCH project was shown. Including it’s brought fysical and governance context. The pilot in Vejle is part of project “Fjordbyen” which is part of a bigger strategic adaption strategy. The aim of this pilot is storing water temporally inside of the city. Therefore a normal football and playing field is transformed into three different spaces for containing water. 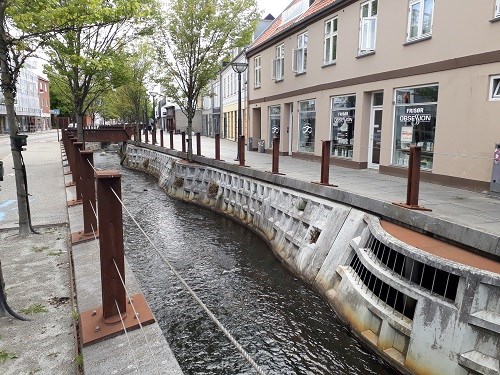 The aim of the project is that the field in the future still is being used for playing football, volleyball ect. ninety-nine percent of the time. It’s only in the case of heavy rainfall that either a smaller part or a bigger part of the field is used for storing water. The water will be steered into the fjord slowly with a piping system after the heavy rain event.  To be able to reach these multiple goals, good cooperation is needed between the municipality and its citizens, the housing cooperation and the wastewater company. As the inner city of Vejle is intensively build area also multiple technical challenges have to be faced. 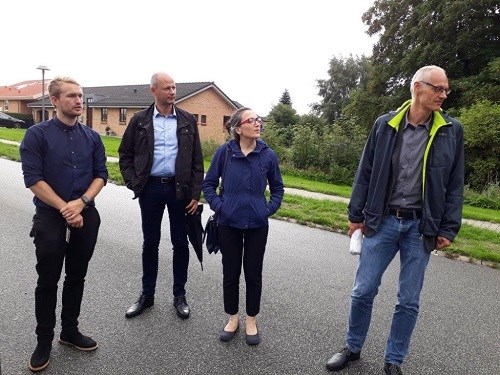 During the visit the municipality also gave insight into their resilience strategy and the way they are working on resilience in a brought sense within the membership of the 100 Resilient Cities foundation. Finally the DST team was impressed with the 3D lab which makes it possible to fly through Vejle and visit the existing surrounding but also experience upcoming project developments. 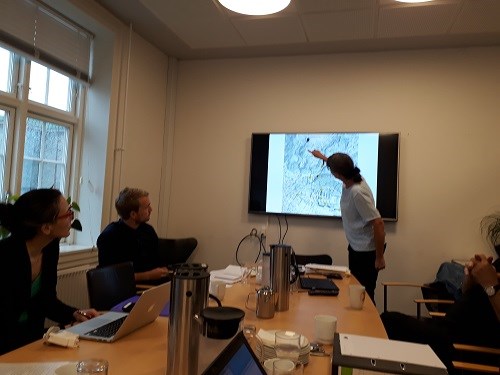 All in all a very fruitful visit which showed a city that is very forward in climate change adaptation and resilience, but still faces challenges. See also: