01 December 2020 - Published by Manon van de Riet
On 23 November 2020 we organized a session at the Joint International Resilience Conference. The conference was held online and organised by the 4TU Centre for Resilience Engineering and the Future Resilient Systems programme of the Singapore-ETH Centre.

Our key objectives with this session were twofold:

1. to showcase the theory and methods behind the web-based Decision Support Tool (DST) that is being developed by the CATCH team,
2. to stimulate transnational knowledge exchange among the participants by discussing challenges and pathways of climate resilience and by testing the four components of the DST.

After a short introduction by Susan Lijzenga, the theory and the four components of the DST were presented by Nanco Dolman and Helge Bormann. Quirine van der Meer from the Municipality of Zwolle talked about their approach to climate resilience and the relevance and application of different CATCH tools and activities in their city. Then the participants accessed the DST and tested each component in four breakout rooms. We closed the session by discussing the feedback that are shared by the participants.

As we are approaching the completion of the design of the DST, we look forward to sharing it with broader audiences and seeing it adopted and used by many midsize cities in the North Sea Region and beyond. 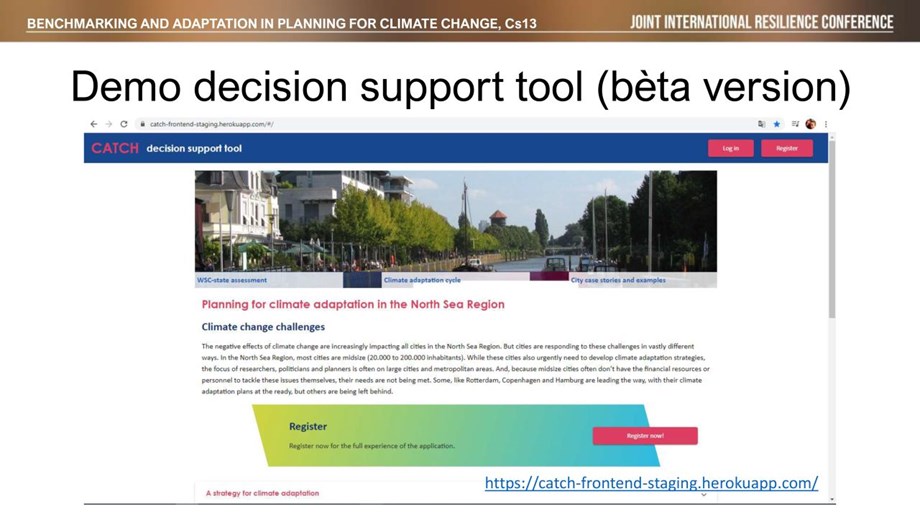 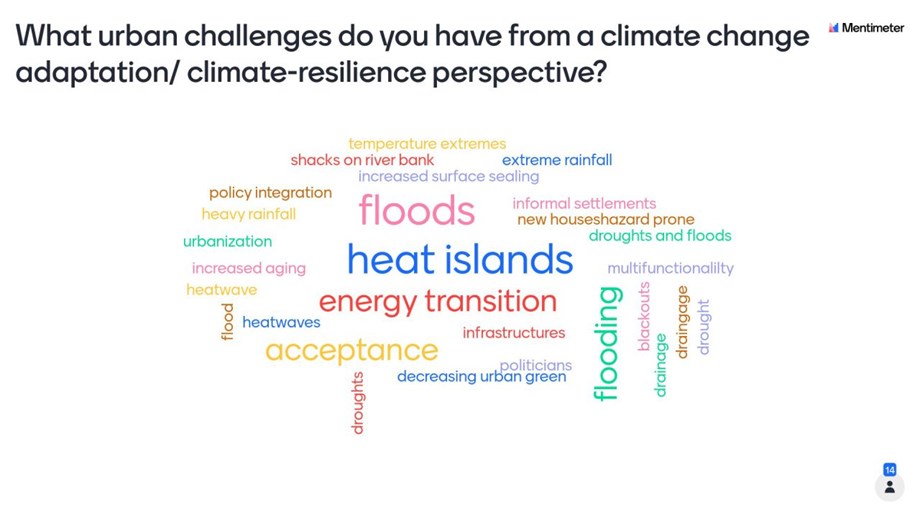