18 September 2019 - Published by Manon van de Riet
From 10-12 September, the municipality of Arvika welcomed the CATCH project partnership in Arvika, Sweden, for a series of meetings. 25 Delegates from different organizations across the North Sea Region came together to share their ideas and experiences on the needs of midsize cities to deal with climate change adaptation and the resulting extreme weather events.

The Swedish city of Arvika is one of the pilot cities in CATCH. Arvika has 16.000 inhabitants and is located near a smaller lake called Kyrkviken, which is connected to a larger lake named Glasfjorden. In the year 2000, after weeks of raining, lots of water from lake Glasfjorden entered the smaller lake Kykvriken which flooded into the city, causing lots of damage. In order to prevent such a flood in the future a flood barrier is being built. Arvika is not only active in preventing floods but is also dealing with the influence of climate change impacts, such as the impact of more frequent extreme weather events on the water quality. Arvika’s pilot project is related to this issue and the project site was visited by the 25 delegates of the CATCH project partners. 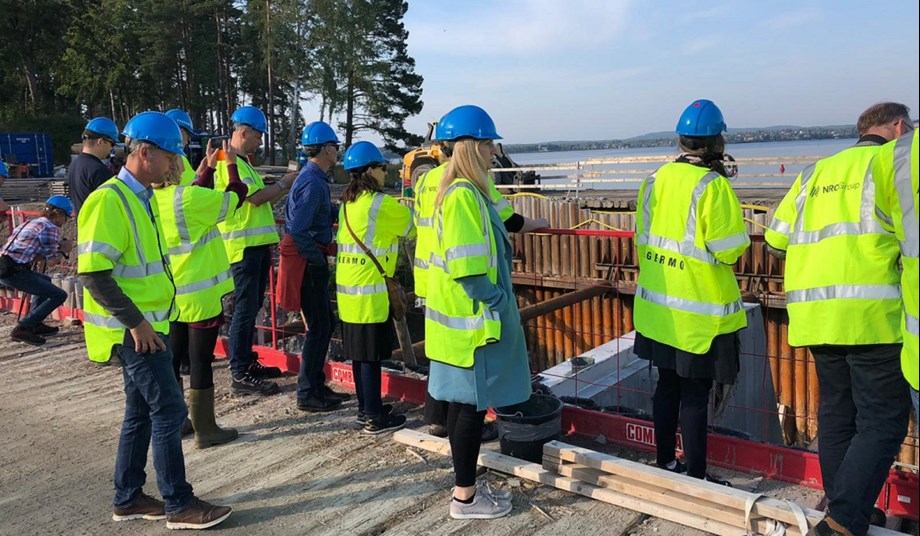 During the meetings in Arvika, the progress of all seven CATCH projects were discussed by the partners. Furthermore, the development of the tool, which will act as the backbone for all cases in the project, was reviewed. Next to that, the building of a climate adaptation strategy was outlined. During the several meetings the project partners interacted with each other to exchange knowledge and experiences. Besides the presence of the partners we had the active involvement of two of our Advisory Group members. Lisa van Well from the Swedish Geotechnological Institute supported the project in strategy development and Max Hansson from Karlstad University also gave his vision and input.

The visiting of the CATCH project partnership in Arvika was not unnoticed in Sweden. A radio station and the television visited the partner meeting in Arvika and conducted several interviews which were later broadcasted.

The CATCH project meeting in Arvika was successful. All project partners returned back home with eagerness and new inspiration to continue working on their water sensitive cities and project activities.