Why are we worried about Peat?

Over the centuries, peatland has been drained for agriculture, and quarried or "cut" for use as a substrate and as a fuel. This leads to substantial environmental and ecological damage. New ways of using and living with peat are needed to limit this damage for future generations, and to put our region on a more sustainable footing.

Peat is formed from the compression of dead plants in wet soil. The wet soil creates oxygen free conditions that prevent the normal breakdown of the material as would happen in dry conditions. This layer then builds up and compresses, sometimes over thousands of years. In fact, the formation of peat is the first step in the long process that leads to the formation of coal.

Over the centuries much of the peat in Northern Europe has been drained and cut. This has led to a massive release of CO2 into the atmosphere – in parts of Europe this accounts for 30% of all human made greenhouse gas emissions.

What do people use peat for?

Peat is an incredibly versatile substance. If cut out of the land and dried then it can be burned as fuel. Such was the demand for peat as a fuel in the middle ages as a fuel that great scars were made in the landscapes as it was dug out. When these scars flooded, they were so large that for a long time they were mistaken for naturally formed lakes. In modern times it is still used as a fuel in many parts of Europe.

It is also commonly used as a growing medium in the agricultural and horticultural industry, as it has an incredible capacity to hold water and provides fertile soil for plants. It can either be used directly to grow plants in nurseries and greenhouses, or can be mixed into the land as a soil improver.

As a landscape, in the late middle-ages people learned that if they used windmills to drain away the water it created highly fertile soil for agriculture. This was how the iconic low country landscape of flat open fields punctuated by windmills came about, as farming communities built the first windmills to pump water into raised canals, and open up this fertile land for farming.

Peat represents the carbon sequestered (stored) by plants growing on that landscape over the centuries. As peat accumulates at a rate of approximately 1mm a year, 10m deep peat bog or fen represents the carbon stored by 10 thousand years of plant growth on the land. If you cut and burn the peat, that carbon is quickly released into the atmosphere. If the land is drained and the peat used as soil improver, it will also rapidly release the CO2 into the atmosphere.

In the worst case scenario, a drained peatland can release 60 tons of CO2 per hectare per year– equivalent to the total carbon sequestered in a year by 30 ha of forest (1ha = 1 average sports pitch), or the equivalent of driving a modern car for half a million kilometres.

Generally the drier the land, the greater the amount of CO2 released, with traditional agriculture such as wheat or potatoes requiring the driest land. 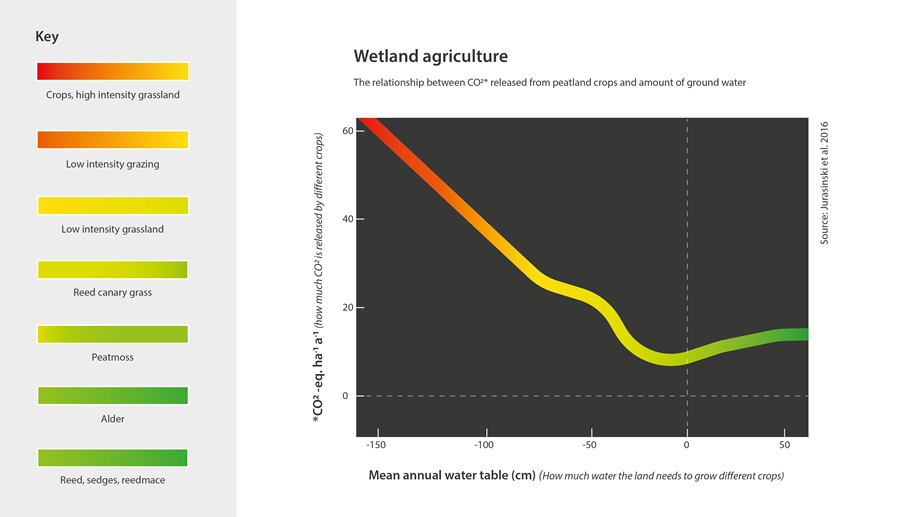 The effect of this can be so large that it can outweigh all the benefits of trees and other plants and turn the landmass of a country into an overall carbon source.

What can we do about it?

Raising the water level on previously drained land halts the release of CO2 and the degradation of the soil. However this is incompatible with standard farming practices, so we need to find alternative products that can be grown on the land. This wet agriculture is called Paludiculture - more can be read about it here. CANAPE aims to increase awareness of the potential and benefits of paludiculture products for farmers and consumers, and to demonstrate best practice in rewetting large areas of land.

Below - A rewetted bog used as a Paludiculture trial site 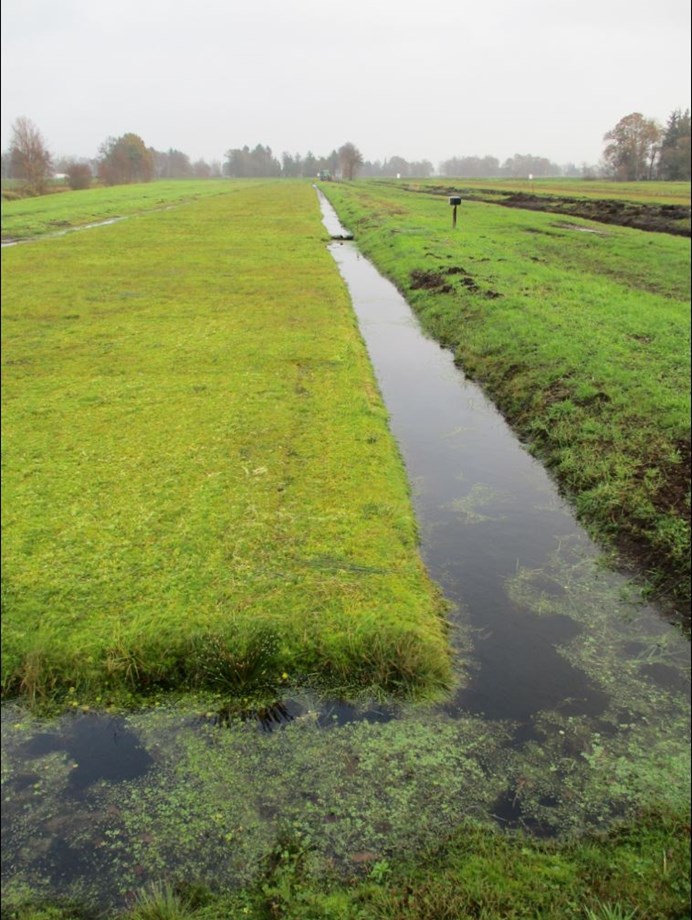