24 November 2020 - Published by Harry Mach
Six months ago we presented the construction of Sphagnum Farm Barver, in Lower Saxony, Germany. This project in the Deipholz district is breaking ground to demonstrate the potential of carbon friendly peatland agriculture.

With winter setting in, it is time to check in with the farm, to see how things are going there. With the help of a friendly drone, we are able to report that the crop is taking well and we have some stunning pictures of the site. When we shared the process of building the site, it was still largely an earthworks with moss recently seeded. Now it is closer to being the finished crop, although it still has a while to go yet.

An interesting feature emerged in the growth, patterns of former features can be seen in the landscape, in particular curves that have appeared where the sphagnum is growing fastest. This appears to be former, now infilled, drainage ditches where the loser soil compaction allows more water to permeate, boosting the growth of the moss. 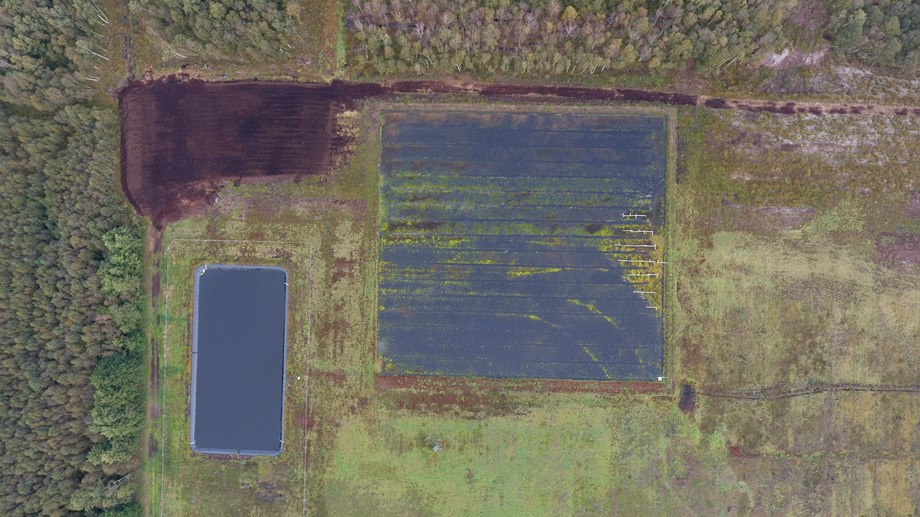 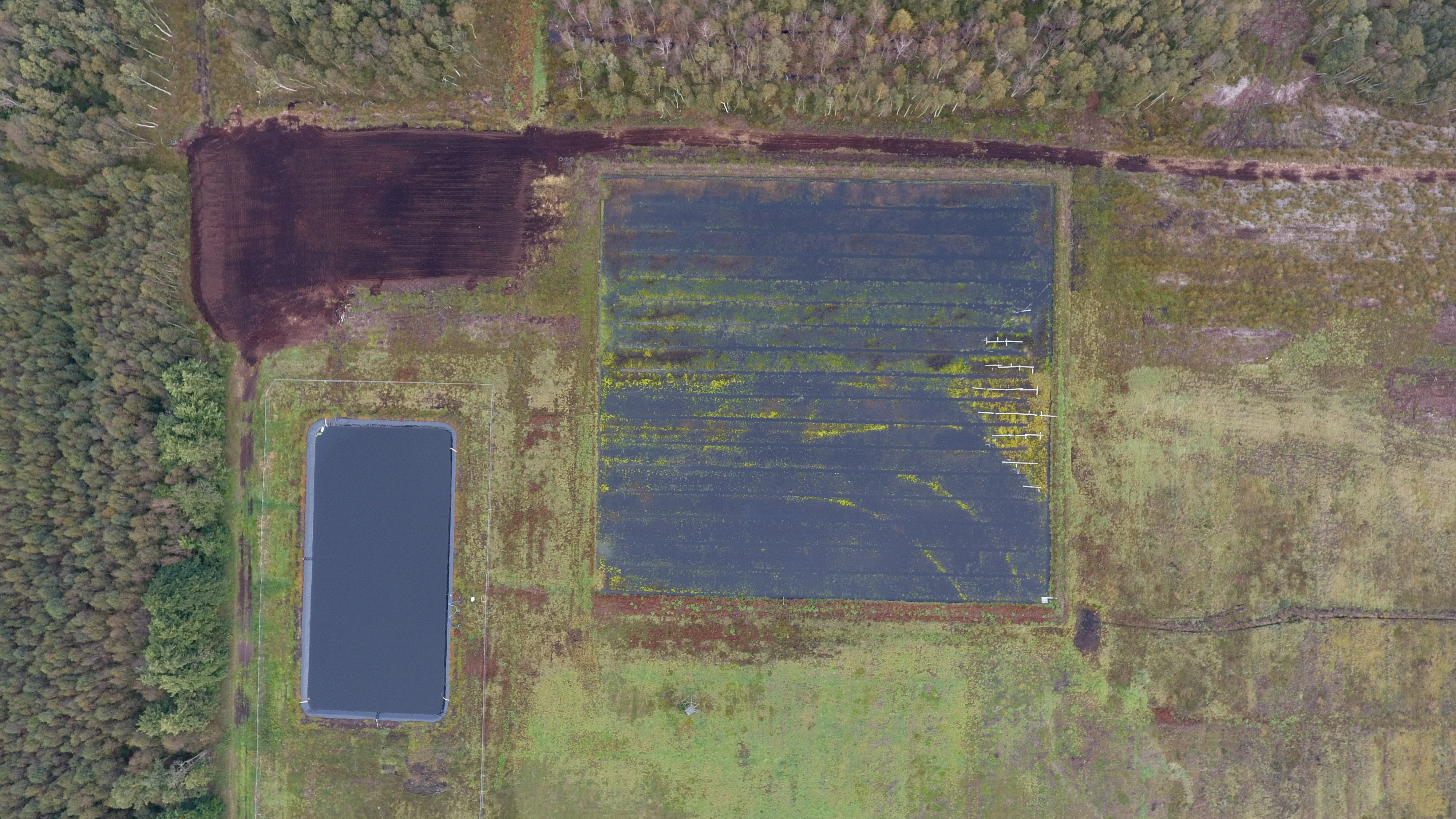 There were a couple of hiccups along the way, including wildlife attacking the pump equipment needed to control the water level. Curious raccoons are a particular difficulty, as they are as keen to learn about the project as we are, but not willing to wait for the press releases.

"Our first summer season was challenging: increasing tempertures and dry weather in combination with sensiitve baby mosses had my timetable adjusted to the weather forecasts. Besides, some technical teething problems also caused some adrenaline. But now, we've mastered the first growing season succesfully and the mosses turned out to be tough stuff."

Below - Panorama of the moss growing at Barver Moor.