CANAPE Partners Meet at the Grenspark

We were fortunate to receive presentations from 3 other Interreg projects, and identified many ways that we could work together.

Egon Baldal presented the C5A project, with its focus on a whole system approach to flood and water level management, connecting a large number of trial sites around the North Sea. CANAPE is working to support this initiative, and we discussed the potential paludiculture offers in terms of “Social Resilience” for farming communities around wetlands.

Jasper van Belle presented the C-Connects project, and many synergies have been identified, in particular linking the CANAPE project carbon guide for farmers to the business modelling work being carried out with C-Connects.

Last but not least Katrien Wijns presented the recently launched CARE-PEAT project, which is working to restore peatlands around North West Europe, and carrying out measurements to improve the understanding of the carbon savings of these projects. It was agreed to ensure that these projects work together to secure the synergies.

The meeting included a visit the restoration projects delivered by Natuurpunt in the park, including the inland dunes on the edge of the heath, before entering the Bog at De Nol, and examining the problems caused by historic drainage and excavation, and excess deposits of Nitrogen from pollution coming from Antwerp. This also gave a chance discuss how to engage with the public around restoration projects, including sensitive subjects such as removal of trees as part of restorations, or modifications to historic drainage channels in former bogs.

Having brought a corer with us, it wasn't long before partners were exploring the soil types and peat depths in the area, and discussing the implications on rewetting and hydrology. The habitats of the Grenspark proved fascinating, ranging from shifting dunes to the bog of De Nol, which was the focus of the visit. Wildlife soon made itself noticed, with a small viper stubbonly refusing to move from its sunny spot on the path. The park also contained a wide collection of striking toadstools. 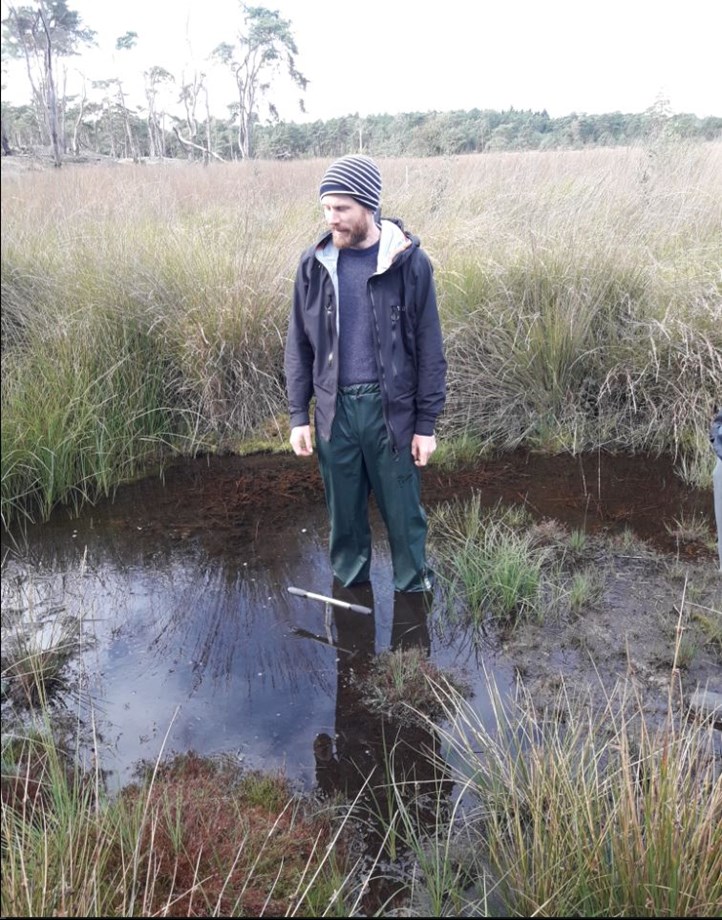 The partners viewed the area that will undergo restoration works within the CANAPE project, aiming to substantially raise the water level to support carbon sequestering sphagnum on the bog. This will be achieved by constructing a clay screen around the lower end of the bog, holding in the water as it flows into the area, rather than allowing it to flow away into the soils downstream of the bog. 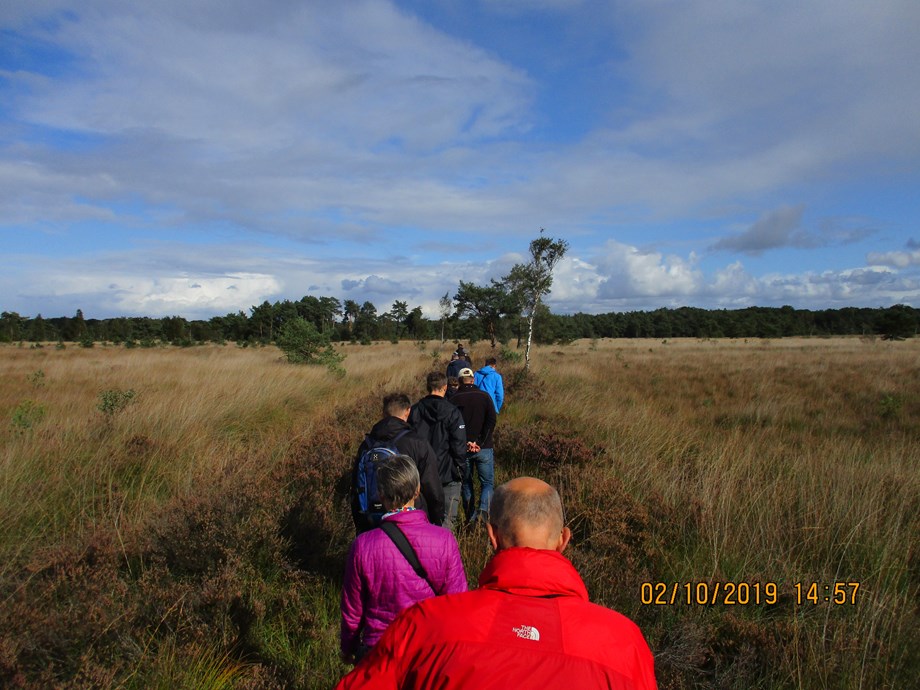 Heading out into De Nol - onwards towards restoration?