25 April 2019 - Published by Harry Mach
At the end of October 2018, a 20 tonne excavator plunged its bucket into the cold water of Hickling Broad, and began the process of carving out a trench. 5 months later, a hectare of new land is rising from the water. 9 fifty metre long geotubes have been put in place, and then pumped full of sediment dredged from the bottom of the Broad.

When work began five months ago, there was only an open expanse of water. The months of hard work have seen a major transformation, with major progress made towards the objective of having a hectare of new reedbed in Chara Bay to replace an area lost to erosion over the last 50 years. This construction is reusing sediment from dredging the marked channel in Hickling Broad and the upper Thurne. The deeper water should make navigation easier, and reduce the stirring of sediment in the Broad by boat propellers, improving the water quality. 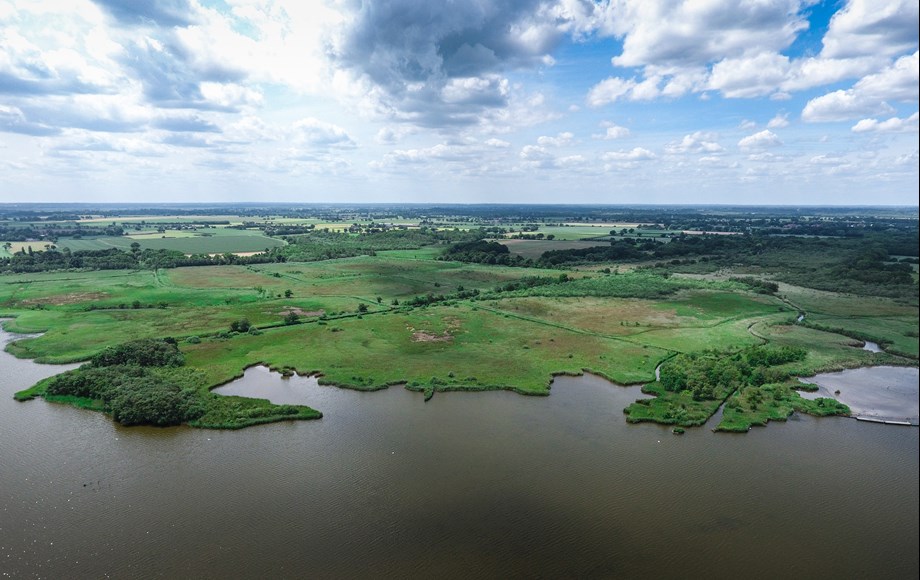 Starting from an empty expanse of water, the Broads Authority construction team have done a fantastic job to establish the perimeter of the area over the winter, and make substantial progress in the dredging of the Broad.

This was the first season of work in a 3 year project, with the ambition to have a stable and secure boundary in place before the spring temperatures prevented further working. In order to avoid environmental damage, works can only take place during winter months.

The first step was to dig a trench around the perimeter, and hammer in alder poles to form a solid frame. Once these were in place, the geotextile tubes that will form the perimeter were unrolled and tied down between the poles. After starting work at the end of October, by Mid-December the Poles had formed the outline of the area, and the first bags had been filled with sediment.

Work from January to March completed the "cashew," with 9 bags creating a total of 450m of perimeter bank for the new peninsula.

For a visual impression of the process, see the video below.

Overall, just over 5,000 cubic metres of sediment have been taken from the marked channel area of the Broad, and loaded into a concrete pump to be powered into the tubes. The tubes, now inflated, will form the permanent edge to this area of land. 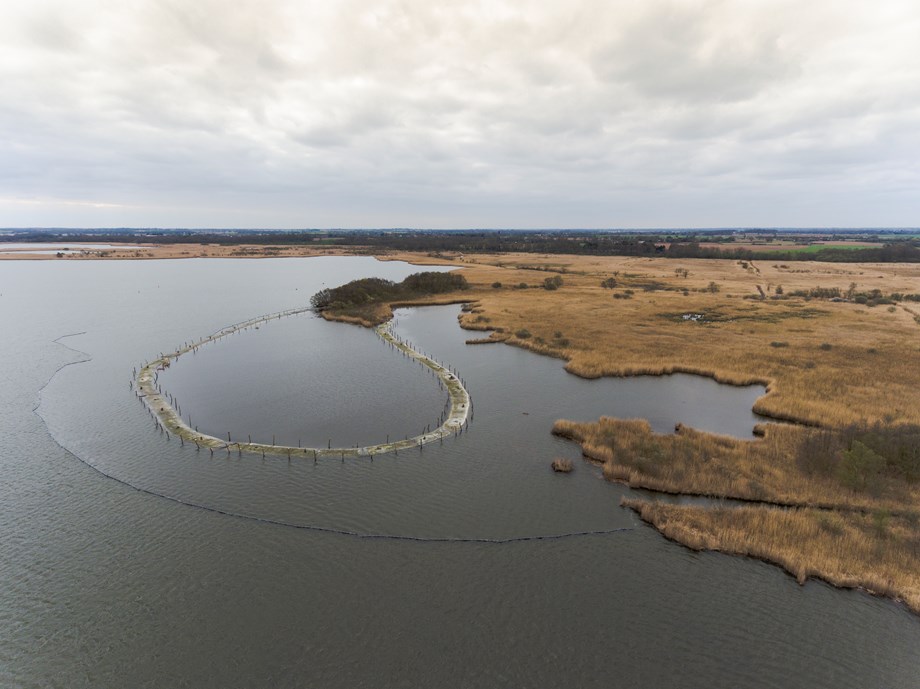