21 February 2019 - Published by Harry Mach
To celebrate the start of Peat Coring Citizen Science in the Broads, a group of students from two local schools came together with experts in peatlands, paludiculture and farming to celebrate and learn about the importance of peatlands.

At a Peatland Celebration hosted by the Broads Authority, the students met experts in the field of wetland science. They also met representatives from Beadamoss, an innovative company that produces and sells sphagnum for reseeding of degraded peatlands. The event included presentations on the history of peat formation on the Broads, paludiculture, and the future of agricultural subsidy for farmers in the Broads area. 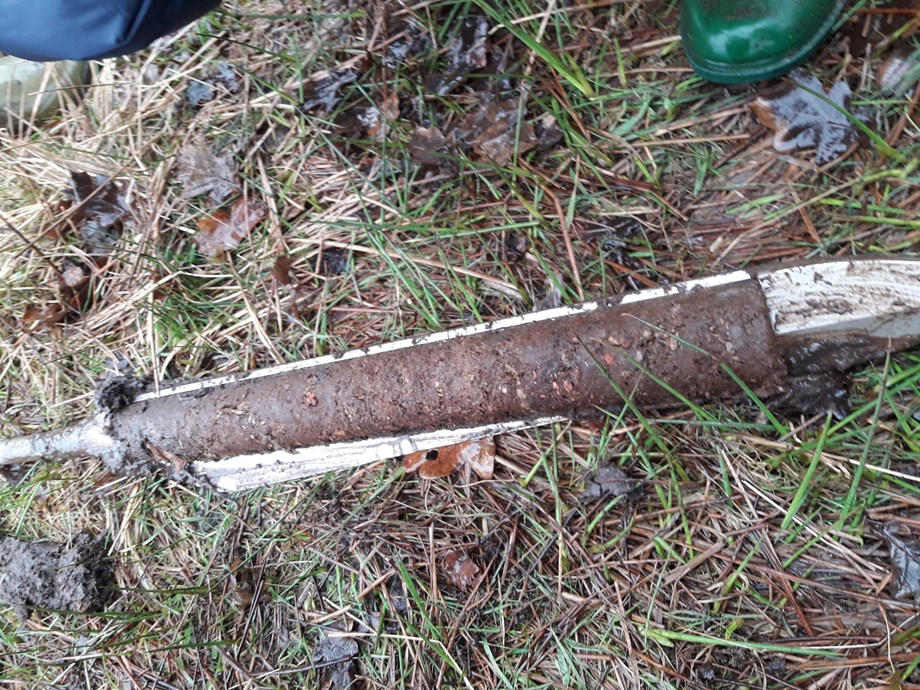 A peat core taken from How Hill Nature Reserve. This shows the transition from Estuarine Clay (Grey soil to the right of picture) to Brushwood Peat (Orangey-red soil). The Brushwood peat formed over 1,000 years ago on this site.

The citizen science programme, launching this summer in the broads, is part of the public engagement aim of CANAPE. We aim to help those that live near or on wetlands to understand their importance, whilst gathering data that can be improve their management. The students, initially from Holbart High School and East Norfolk Six Form, will take a series of Peat Cores on Reedham Marshes. The data from the cores will be entered into tablets by the students, allowing the Broads Authority to develop a data set of peat and clay depths beneath the marsh.

The students will learn about the importance of wetlands, and the history of the area by examining the peat depth, and the type of peat extracted. As peat forms gradually, the cores will show the periods of time when the area was covered with freshwater and seawater. They will also show what plants existed when the peat was forming.

As an example, the peat core pictured above shows a layer of clay (to the right) at extracted from a depth of 1m (formed approximately a thousand years ago). This matches with when the estuary was known to extend far further inland than it does today. The estuary waters would have laid down the clay, in a layer over the existing peat. Below that layer is peat containing woody chunks, suggesting wet woodlands existed on this site before that time.